Ireland have named a 21-man expanded squad for the trip.

To comply with Covid-19 protocols and public health directives, the squad will depart Dublin on a special charter flight to the south east coast of England, before being transported in bio-secure buses to a hotel within the grounds of the Ageas Bowl, where they will stay until their departure on 5 August. The series starts on 30 July.

These are unusual times but captain Balbirnie is confident the team will adapt as they look to impress on a very welcome return to action.

"Having the whole summer schedule put on hold, thinking at one stage that we'd get no cricket at all to finally being a couple of days away from going over to play three ODIs against the world champions, it's a great challenge but also a great opportunity," he told RTÉ Sport's John Kenny.

"We're very grateful to the ECB and Cricket Ireland for giving us this chance.

"Usually when we're on tour, some of the places we travel to we don't really leave the hotel at all. I think we'll grow accustomed to that. The Ageas Bowl is well kitted out, there's a good team room, it's a lovely hotel and you've got world-class facilities at your doorstep."

We're playing an England side that are going to be under-strength because of the Test team taking a separate squad. It's a great opportunity

The matches double up as qualifiers for the 2023 Cricket World Cup. Ireland have a healthy blend of promising talent and established performers, and Balbirnie is backing the rookies to make a mark.

"We've got a relatively young squad with some guys we haven't seen much of. It's a good opportunity to see what they can do. It's going to be competitive, but that's what you want.

"When I first came into the job as captain my main aim was to qualify for that World Cup. It's a long process and there's going to be a lot of games in tough conditions but we're playing an England side that are going to be under-strength because of the Test team taking a separate squad. It's a great opportunity.

"We've got an exciting crop of young guys that are kind of fearless in the way they go about their game. That's a breath of fresh air to bring into a squad. We haven't played any games so it's hard to tell, it's sort of like a clean slate going into these games." 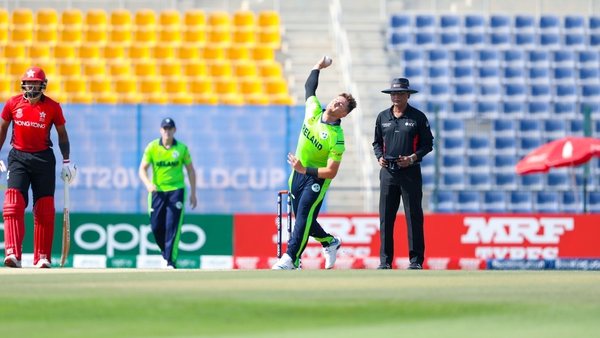