England captain Eoin Morgan admitted he cannot believe how far the limited-overs teams have come since the World Cup as they prepare to face New Zealand in the semi-finals of the World Twenty20.

England were humiliated in Australia and New Zealand last year, but things now look much brighter for Dubliner Morgan's side.

"I've been asked the question a couple of times after every series we've played and I can't quite believe where we are overall with one-day cricket and T20 cricket," Morgan said.

"I think the guys that we've selected have done outstandingly well, they've shown a great amount of attitude in learning, because it's not always easy.

"You come up against very strong sides who knock you back on a day-to-day basis but every question that's been asked of us we've come back with either a counter-answer or a more aggressive option."

If it is possible to find a turning point in England's limited-overs fortunes, it was likely last summer's series against New Zealand when England were able to match the Black Caps' aggressive style and make it pay.

"I think that series was very important," Morgan said. "Coming into the series we talked about emulating what Australia and New Zealand did at the World Cup.

"Where we were and where they were, we were miles away so to bridge the gap we had to emulate the fashion in which they played and the aggressive nature in which they went about their game, particularly with the ball.

"Throughout the World Cup their swing bowlers were outstanding and that encourages a positive mindset in everything you do. The batting can come more naturally."

England's progress to this point in the tournament has hardly been smooth, but they have pulled out victories from awkward positions against South Africa, Afghanistan and Sri Lanka.

"I think it shows the amount of character in the group," Morgan said. "We haven't had to repeat the same things twice.

"It shows different sides to every person's personality and what they've got as opposed to just what they do on a day-to-day basis, and it shows the group as a whole can be very powerful if we string a game together." 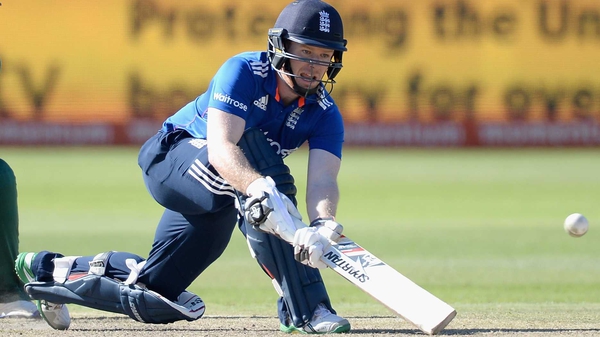