Ireland's Women cricketers slipped to a 93-run defeat against tournament favourites New Zealand in their opening encounter in the ICC World Twenty20 in Mohali.

The Irish knew they'd be up against it facing a very strong White Ferns side, and so it proved after losing the toss and trying to contain their powerful hitters.

Rachel Priest struck three boundaries in the first over of the innings, but fell to Amy Kenealy's (1-20) fifth delivery to give the Irish an early lift.

Skipper Suzie Bates then took the contest away from Ireland with a top score of 82 from just 60 balls (7 fours, 2 sixes), sharing a second-wicket stand of 104 with Sophie Devine (47). Devine's innings lasted 34 deliveries, and contained three fours and two maximums.

"We let ourselves down in the field. We pride ourselves on our fielding but we were sloppy." - Isobel Joyce

Their stand was ended by Irish skipper Isobel Joyce (1-37), thanks to a smart stumping by Malahide's Mary Waldron. Kim Garth (1-43) dismissed Bates in the penultimate over as the Irish attack stuck to their task in sweltering conditions, but New Zealand still racked up an imposing 177 for 3.

Ireland were never really in the hunt as the New Zealand attack took control of the reply, strangling the innings.

The Girls in Green managed just six boundaries in their 20 overs, finishing well adrift on 84 for 5.

Isobel Joyce top-scored with 28, with double-figure contributions from Gaby Lewis (16*), and Clare Shillington (15).

"We let ourselves down in the field," said Joyce in the post-match press conference. "We pride ourselves on our fielding but we were sloppy. Our angles were wrong, we weren't in the right place at the right time, to cut the ball off.

"There were too many misfields, especially towards the end of the innings when the heads had dropped. That's not good enough when you come to a World Cup.

"We didn't do ourselves any favours in the first six overs, and found it very difficult to pull it back then. I thought we performed very poorly, and we weren't going to be able to chase 170-plus.

"We bowled poorly to our fields. We didn't hit the lines or length that we had planned to. You're going to get hit for lots of runs against a good team when you do that.

"We need to be more inventive with the bat. New Zealand bowled very tightly and stuck to their plans and we need to find ways to counter-act that. They just put the ball on a dime and back it up with their fielding."

Ireland have a chance to bounce back on Sunday when they face Sri Lanka in their second group match. 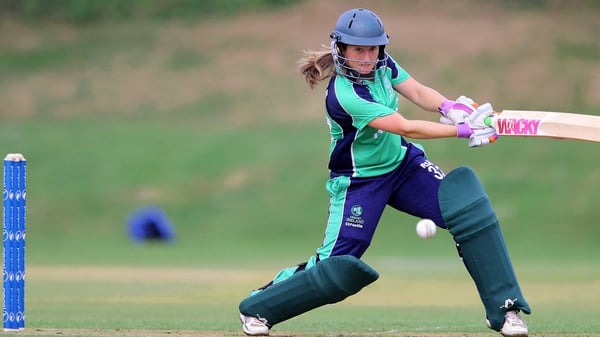 Isobel Joyce out to upset the odds at T20 World Cup