Cricket Ireland’s focus is firmly on becoming the next Test match playing country before the end of the decade.

Nine players employed by English counties have B-category deals, and three other B-category contracts have been awarded to home-based players.

The six players who have signed full-time A-category contracts will be based in Ireland and they are Andrew McBrine, Peter Chase, Kevin O'Brien, Max Sorensen, Stuart Thompson and Craig Young.

Those contracts will be confirmed in the next couple of months when Inter-Provincial selectors have met with their head coaches.

Performance director Richard Holdsworth, said: “Our InterContinental Cup campaign - the pathway to Test cricket - has another 21 months to run and ensuring the availability of our top players was our rationale for offering a number of two-year contracts this time around.

"With the World Twenty20 in India coming up soon plus a number of One-Day International series now we are part of the 12-team ODI rankings as well as two crucial ICup matches, 2016 is going to be a huge year for the Ireland squad."

Holdsworth continued: "Ed Joyce was offered two years, but is keen to decide on his future career before committing longer-term which we entirely understand.

“He remains an integral part of the Ireland team, and is fully committed to our ambition of becoming the next Test nation,"

"You only have to look at his stats in the ICup to recognise his importance to Irish cricket (Joyce has 853 runs at 94.78, including two double hundreds in the current campaign). We do realise that Ed is 37 and we are happy to help manage his work-load accordingly.

"We have an extremely competitive and hungry group of players now with a well-balanced age profile and experience.  With only 18 contracted at this stage, there will be strong competition for places in squads across the three formats, while we have cover should players pick up injuries." 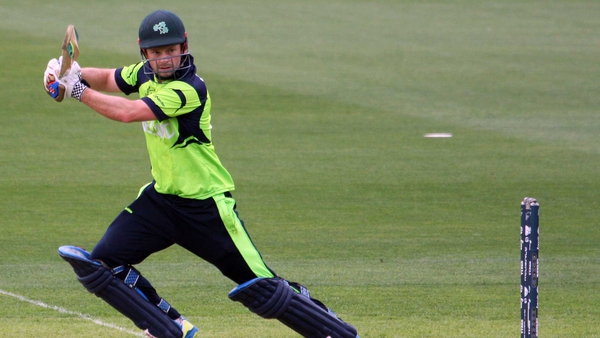