Ireland won their opening World Cup match, defeating the West Indies by four wickets in their Pool B match in Nelson.

The West Indies, put into bat, totalled 304 for seven from 50 overs, with a 154-run partnership for the sixth wicket between Lendl Simmons (102) and Darren Sammy (89) the highlight of their innings.

However, Paul Stirling (92), Ed Joyce (84) and Niall O'Brien (79 not out) impressed with the bat to ensure victory for Ireland, who wobbled as they neared their target but got over the line with 25 balls to spare.

The West Indies were uninspiring with the bat until Simmons and Sammy came together at 87 for five in the 24th over.

However, the run rate improved notably when Simmons and Sammy were at the crease - the pair shared in a stand of 154 in 127 deliveries, with the final 20 overs producing 198 runs.

Sammy became the sixth wicket to fall when, in the 44th over, he holed out to Dockrell. His 89 runs came from 67 balls and contained four sixes and nine fours.

That dismissal brought Andre Russell to the crease and he maintained the momentum in the closing stages of the innings, hitting an unbeaten 27 off 13 balls.

Simmons brought up his team's 300 with two balls of the innings remaining but his innings ended with the next ball. Dockrell again provided the catch as the Trinidadian's innings ended on 102, from 84 balls and containing five sixes and nine fours. 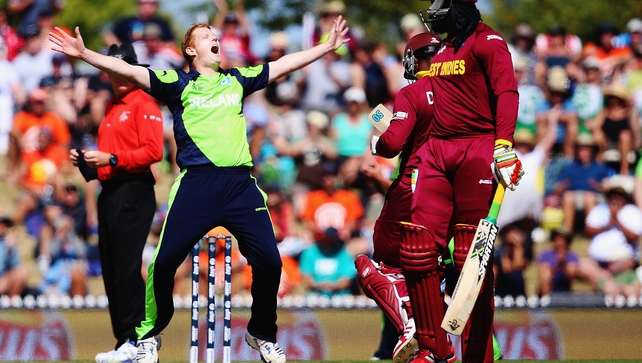 Ireland started brightly with their run chase, with captain William Porterfield and Stirling putting on 71 for the first wicket.

Porterfield fell for 23 when he edged a Gayle delivery to Ramdin but Stirling looked in good form, moving to his half-century from 49 balls.

Ireland's 100 came up in the 19th over and the century stand for the second wicket was the next milestone, reached with a Joyce boundary.

The former Middlesex and Sussex man was dropped in the 27th over, Bravo getting a hand to the ball on the long leg boundary but seeing it slip from his grasp and over the rope.

Joyce's 50 came up in the following over, off 39 balls - but the 106-run partnership ended soon after when Stirling was caught behind off Samuels, with Ireland 177 for two in the 28th over.

Joyce was joined by O'Brien and the pair made good progress until the former departed for 84, off 67 balls and including two sixes and 10 fours, when he was caught by Bravo.

That dismissal, at 273 for three and in the 40th over, sparked a mini-collapse as four Ireland wickets fell for 18 runs.

Andy Balbirnie was caught by Bravo for a run-a-ball nine, Gary Wilson found Chris Gayle and was on his way for a single - giving Jerome Taylor a third scalp - then Kevin O'Brien was then run out without scoring.

However, brother Niall ensured the wobble did not develop into anything more serious, seeing Ireland home. O'Brien finished unbeaten on 79, from 60 deliveries including 11 boundaries, while John Mooney (six not out) was with him as the target was reached.

Next up for Ireland is a match against United Arab Emirates in Brisbane on 25 February, while Pakistan await the West Indies in Christchurch on Friday.

Following the game, all-rounders John Mooney and Darren Sammy both admitted Level 1 offences for swearing audibly and were fined 30 per cent of their match fees.

Mooney lost his temper when a catch was put down by one of his Irish team-mates, and former Windies captain Sammy voiced his irritation while batting. 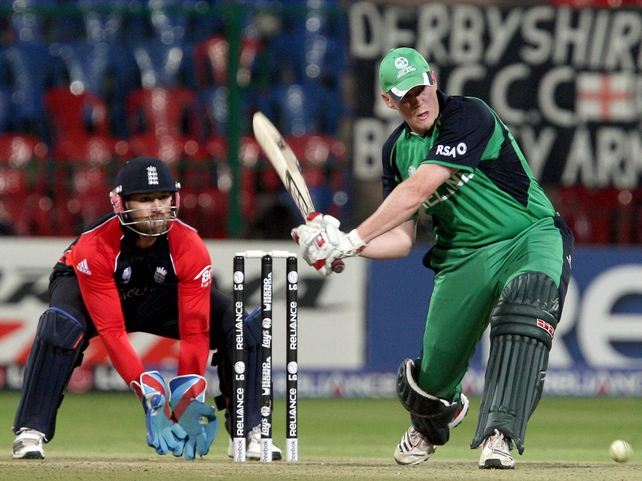 Arguably the biggest shock in the competition's history, especially with regards to the match situation. Chasing a victory target of 328, Ireland stumbled to 111 for five in the 25th over and seemed on course for a heavy defeat, but Kevin O'Brien had other ideas.

The Dubliner batted like a man possessed, scoring the fastest World Cup century, and his 113 off 63 balls almost single-handedly got his side over the line.

Having held their own with a thrilling tie against Zimbabwe, they dismissed Pakistan for 132 before Niall O'Brien's 72 helped set up a famous victory. Ireland would go on to beat Bangladesh in the Super Eight stage in another upset win. 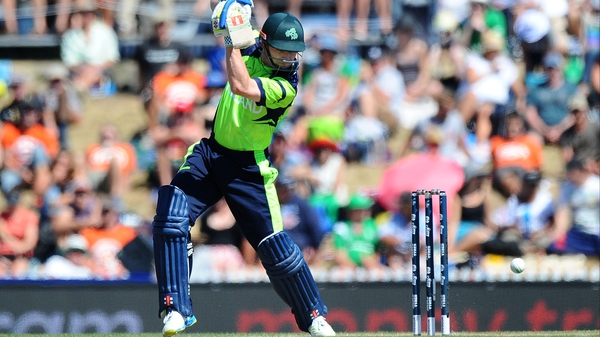