Cricket Ireland has confirmed that the scheduled four game Twenty20 series against South Africa A has been cancelled.

Following the postponement of the game on Monday at Oak Hill and with an extremely mixed weather forecast for the week ahead, Cricket South Africa requested the cancellation of the remainder of the tour.

Their players will now return to South Africa to gain some match time ahead of next month's ICC World Twenty20 in Sri Lanka.

Ireland coach Phil Simmons was obviously disappointed at the news but fully understood the decision: "It's been a frustrating season for all concerned and the South African tour has been particularly hard hit by the elements. If we're unable to train outdoors this week we'll look to go to North County and have indoor sessions before we leave for Sri Lanka next Tuesday.

There's no doubt that it's a serious blow to our preparations for the ICC World Twenty20 but we will have two weeks in Sri Lanka before our games against Australia and West Indies, and we of course have warm up fixtures against Sri Lanka 'A', Bangladesh and Zimbabwe in Colombo." 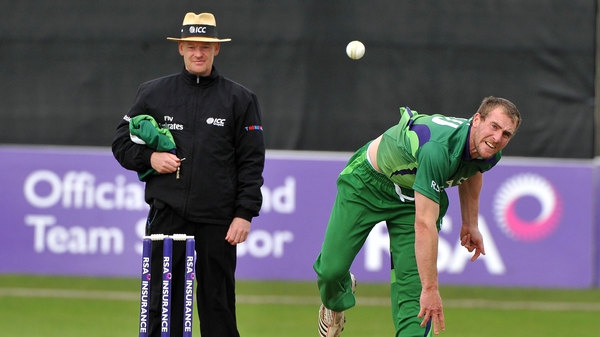