Dublin camogie have sent a letter warning clubs that they face possible expulsion from tournaments should abuse of match officials continue.

In a letter seen by RTÉ Sport, the Dublin camogie committee say they were forced to raise the issue after being made aware of, and witnessing, "horrendous verbal shouts and abuse towards referees".

The letter goes on to state examples such as "adults on the side-line verbally abusing juvenile players on the pitch, spectators using personal slander against a referee and spectators using foul language towards a referee while there are children in attendance".

Urging adults attending games to take responsibility for such action, the committee have warned that clubs reported for abuse will be subject to rule 44.1.2, which is punishable by an automatic two-match ban, fines starting at €200 and "should the Transfers, Hearings and Disciplinary Sub-Committee adjudge the offence sufficiently serious, it may disqualify the offender's team from the competition in question".

While no specific incident is believed to have been the reason for the letter, it is also a fact that many underage camogie matches in the capital are refereed by juveniles.

The letter, signed by chairman Karl O'Brien, Brendan Cooper of the fixtures committee and Jenny Byrne, referee co-ordinator, stressed the need to prevent this behaviour from becoming commonplace.

"As a committee we can no longer tolerate this. We are urging all adults in attendance at any future fixtures to stop this kind of behaviour because if we tolerate it, it becomes acceptable. We all have a responsibility to ensure a safe environment for our players and officials to do their job."

It is the latest example of abuse of officials at GAA games in the spotlight with an alleged assaults of referees in Wexford and Roscommon making the headlines in recent weeks.

"There is no acceptable level of violence. Absolutely not. Whether you push a referee or you trip him or whether you hit him, they're all very serious," he said.

"A person doesn't leave his family and his home and go out to referee a match to do anything other than the best job he or she can do. We have to get that across as a society. The excuses are just that." 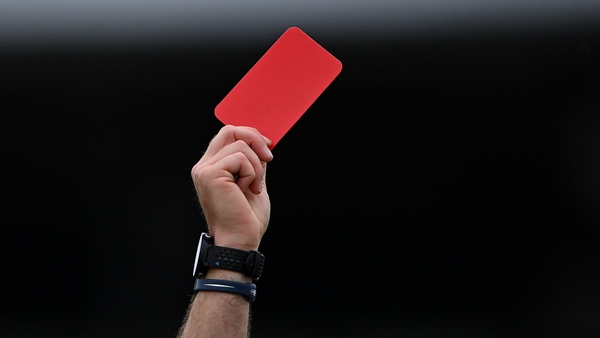