Orla Cotter led the way as Cork came from behind to regain the Liberty Insurance All-Ireland Camogie Championship, beating Kilkenny by 2-12 to 1-09 in the final.

Cork's hopes of lifting the All-Ireland for a 25th time looked to be fading when the Rebel County trailed by six points in the second half at Croke Park.

But the Rebelettes – who had six points over the 60 minutes from forward Cotter – refused to surrender and went on to clinch a deserved win.

The deadlock was broken through Katie Power's point from play for Kilkenny in the second minute but the score was cancelled out by Julia White.

Soon after Kilkenny almost plundered the first goal but, just as Michelle Quilty looked set to slip the ball into the net, Cork goalkeeper Aoife Murray brilliantly sprang to push the ball away.

Quilty was proving to be a handful for the Cork defence and she got on the score-sheet with a point to push Kilkenny ahead again on 10 minutes.

Kilkenny were on top on the scoreboard even though it was Cork who were dominating possession in what was proving to be a cagey contest.

After missing out on a goal earlier, Quilty was not to be denied for a second time and she struck after 18 minutes to leave Kilkenny four points to the good. 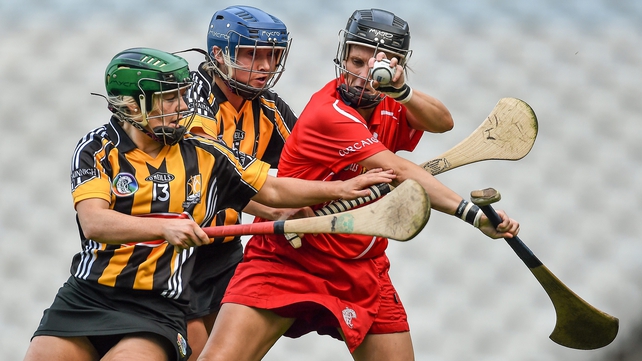 Murray was equal to Aisling Dunphy's initial shot but Quilty was on hand to bundle the loose ball home from close range.

And the impressive Denise Gaule added three points – two from frees – to help Kilkenny to go in at the interval leading by 1-06 to 0-04 against a Cork side that struggled to make an impact in the opening half.

Shelly Farrell stretched Kilkenny's advantage with a point inside a minute of the restart but Cork were soon to rally and turn the game on it's head. Cork reeled off an unanswered 1-05 in a blistering 11-minute spell to fight their way back and go ahead.

They took the lead in the 40th minute thanks to Jennifer O'Leary's goal which came following good work by Angela Walsh – and they stayed in front all the way to the end.

And while Cork went on to win by six points, the winning margin would have been greater if Kilkenny keeper Emma Kavanagh had not batted away goal-bound efforts by Katrina Mackey and Walsh.

Those saves helped to inspire Kilkenny to keep battling and Collette Dormer's point moved them to within two of the winners with a minute left on the clock.

But no matter how hard Kilkenny tried to reel them in, Cork were not going to let the lead slip and Cotter's point from a free gave them extra breathing space.

And Walsh put the gloss on the victory four minutes into injury-time at the end, as she slammed the ball home for a second Cork goal after being set up by White.

Now Walsh – along with fellow dual players Rena Buckley and Briege Corkery – will turn her attention to trying to collect the All-Ireland Ladies Football Championship with Cork later this month. 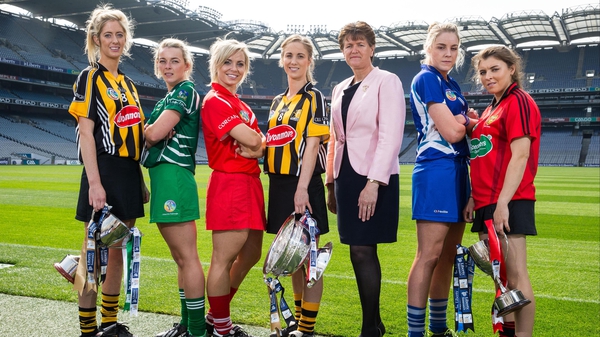