It has been 20 years since Kilkenny last captured a senior camogie All-Ireland title while 2009 was the last occasion that Cork collected the honours.

Time will tell if last year’s All-Ireland final defeat to Galway will prove instructive for Graham Dillon’s charges as they face a Cork side high on confidence after defeating a powerful Wexford in the semi-final replay.

Kilkenny are unbeaten this season in both league and championship and all across the field they possess game-changers.

Kate McDonald at full-back and Collette Dormer at centre-back will play influential roles, in a defence which has been water-tight all season, bar the semi-final win over Galway.

The concession of three goals in that game will be a cause for concern, particularly with Cork attackers Orla Cotter, Katriona Mackey and Julia White as potent as forwards come.

Cotter’s duel with McDonald will be key as will the line-up of Angela Walsh at centre-forward against Dormer.

The most crucial area for both teams is midfield with the mercurial Ann Dalton and skipper Leann Fennelly facing formidable opponents in Rena Buckley and Ashling Thompson.

Both sides have forward lines that are extremely quick and if they gain enough possession, scores will come. Kilkenny’s Katie Power and Denise Gaule are influential up front and the pace of Michelle Quilty will pose questions of the Cork defence.

The teams have not met so far this season which adds to the intrigue of today's game.

Neither will lack for motivation, hunger or desire. The question remains though whether Kilkenny will have enough to push them over the line or will Cork’s overall experience, with players such as Gemma O’Connor and Aoife Murray amongst the ranks, edge them to All Ireland glory?

Joe Quaid’s team have bounced back though and sailed through the round-robin stages, recording wins over Kildare, Antrim, Galway and Tipperary by an aggregate of 76 points.

A fiercely fought game with Waterford in the semi-final will have set them up well for the challenge Kilkenny pose.

The Limerick half-forward line of Caoimhe Costello, Niamh Mulcahy and Rebecca Delee are three key figures as is Michelle Casey at full-back and Sarah Carey at centre.

Kilkenny, will be an entirely different proposition to what Limerick will have encountered before. Like Limerick, they enjoyed an unbeaten run in the round robin stages and eased into the final with a comfortable win over Kildare.

Captain Mags Fennelly, at corner forward, along with Lydia Fitzpatrick and midfield duo Megan Farrell and Aine Kinsella will be expected to have a big influence.

Laois are another team back in the All Ireland final after suffering defeat the previous season.

Sarah Anne Fitzgerald captains the side and her performance in the semi-final win over Dublin, hitting a personal tally of 1-10 will have Down taking note.

Niamh Dollard, at full-forward and Louise Mahony at wing-forward will also have a big impact.

Down will look to captain Niamh Mallon, at corner forward, and Sara Louise Carr to lead the side while the experience of Fionnuala Carr and Catherine McGourty is also vital.

The pain of defeats in 2011 and 2012 at this level may give the Mourne outfit that little extra edge, but it will be very tight affair with the minimum between them. 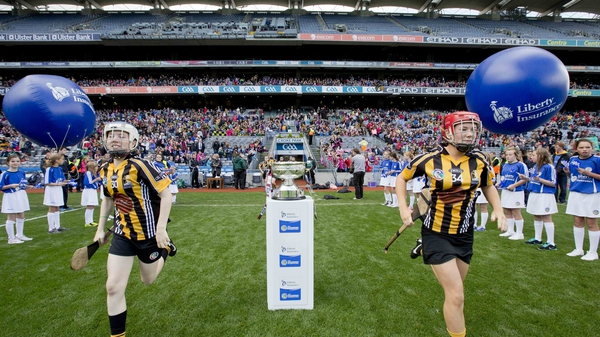