Fighting on the undercard of the Demetrius Andrade-Jason Quigley WBO world middleweight title bout, 23-year-old O'Toole made a serious statement as he floored his opponent with a devastating left hand after just 90 seconds.

The Connemara man was an Irish champion in 2019. He'd been due to graduate from GMIT with a business degree on Friday, but instead flew to the USA to make the most of a big opportunity in what was his second pro fight.

"I was meant to graduate from college but when I got the call for this, you can't turn it down," O'Toole told DAZN.

"For the last four years, I was thinking of my college graduation and I couldn't wait to celebrate it but being invited to the biggest stage in boxing is amazing. I'm happy to be here." 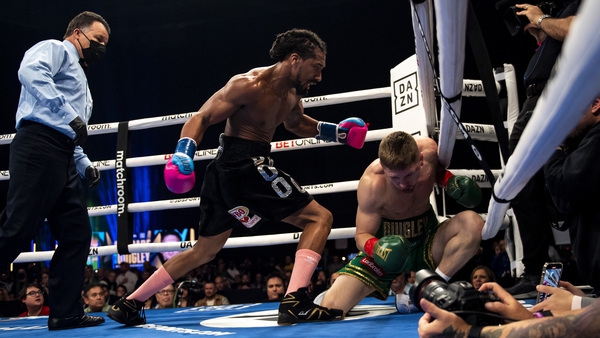