Kellie Harrington and Aoife O'Rourke secured their places at this summer's Tokyo Games with respective unanimous victories at the European qualifiers in Paris.

After easing Polish fighter Aneta Rygielska 5-0 last time out, Harrington faced a step-up in class against the reigning IBF super featherweight pro champion, but took the fight from the first bell to secure a unanimous victory.

The 2018 lightweight world champion was aggressive in the opening two rounds and while she had to box clever in the third, victory was hers.

Aoife O'Rourke is also on the plane to Tokyo after seeing off Poland’s Elzbieta Wojik.

Elsewhere Emmet Brennan will have to go into the box offs after losing to Croatia's Luka Plantic in the last eight.

Brendan Irvine lost out to Gabriel Escobar on a unanimous decision, though men have already qualified for Tokyo.

Tomorrow featherweight Michaela Walsh will confirm her place in Tokyo with victory, though if the Belfast native is defeated, she still looks nailed on to make the Games given the ranking system in place. 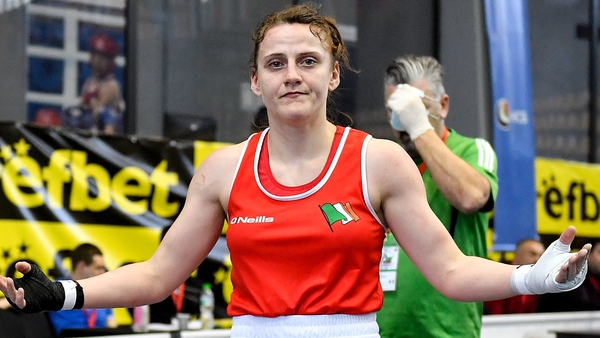 Walsh & Harrington one win away from Tokyo Games