Portlaoise super-bantamweight fighter TJ Doheny has successfully weighed in for his IBF World title clash against Ryosuke Iwasa in Tokyo later this morning.

Doheny [19-0, 14KOs] is chasing the 20th victory of a professional career in which he has yet to taste defeat and weighed-in right on the 122lb mark for the bout at the famous Korakuen Hall.

Iwasa [25-2, 16KOs] was just a quarter of a pound lighter than his Irish opponent and he seeks to make a successful defence of his title.

"We’ve got a job to do no matter where it may be and I am 100% sure that I will be leaving Japan as the new IBF world champion," Doheny told Boxing Monthly.

"Camp has gone really well, I couldn’t have asked for better prep leading into this fight. I am in great condition and feeling supremely confident." 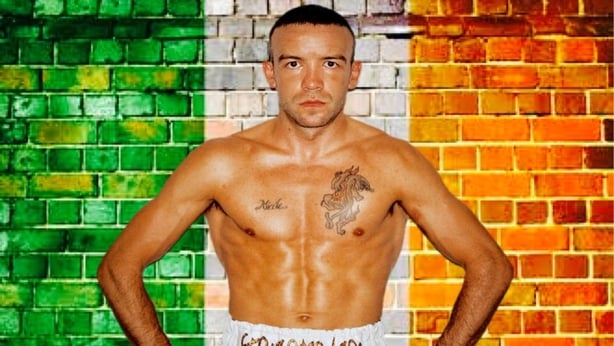 Doheny earned this bout after beating Mike Oliver in a St Patrick’s Day fight to become the mandatory challenger in Boston and he’s well used to fighting on the road, having moved to Australia in 2008 after missing out on Olympic qualification with Ireland.

Since then the 31-year-old's career has gone from strength to strength and he is now hoping to become the second Irish boxer to win a world title in Japan, following in the footsteps of Wayne McCullough.

Taking the fight in front of Iwasa’s home fans is not something that concerns Doheny and he believes that he has the experience to deal with a hostile crowd.

"If I’m the away fighter, I feel like the pressure is off because it’s not my crowd, I’ve just got to get in there and perform."

Doheny is confident that his southpaw style will upset Iwasa, particularly given the fact that the Japanese fighter has struggled against unorthodox opponents in the past.

"He’s a stylist, he’s a pretty sharp fighter, but I’m very confident in my ability. I really expect to go over there and smash the title from him," said Doheny.

"I do see he’s got a lot of holes, but he’s not world champion for nothing. He’s a very beatable opponent. I just fancy my chances going over there."

Iwasa meanwhile has admitted that he is wary of the prospect of facing a southpaw of Doheny’s abilities.

"He is a powerhouse and I expect him to pressure me," Iwasa admitted in the build-up to the bout. "Both of my losses have been to southpaws, so that is my Achilles heel.

"He is a huge obstacle, but if I can overcome him I’ll become that much stronger."

We have a fight ladies and gents! pic.twitter.com/MF28TcGOwv