Michael Conlan will face a step up in class in his next bout, according to manager Matthew Macklin.

However, the Belfast native struggled to find his rhythm against the awkward Chanez, who continually looked to spoil the featherweight fight before Conlan halted his foe with two right hooks to the body.

"I’d like him to get a step up now," said Macklin. "I’m not saying he should be fighting a killer next or anything like that in the top 10, but someone who is coming with ambition - someone with a winning record even if they aren’t a world beater, someone who wants to win.

"That’s when we’ll see the best of Michael Conlan – when someone is trying to beat him, not someone who’s hell bent on surviving."

Conlan is set to fight on the undercard of Manny Pacquiao’s July 2 world welterweight title defence in Brisbane. It is understood that former Australian title challenger Jarrett Owen is being lined up as the Irishman’s opponent for the support bout.

While the 31-year-old does not match up to Conlan’s elite amateur opposition – or indeed the quality of many of his sparring partners in the US – Owen does at least carry a modest but winning 5-4-3 record.

"He (Conlan) has been sparring world champions and recently he sparred a guy who’s in the top 10 and Mick battered him," said Macklin on his protégé's need for a challenge. "He’s probably going down 10 levels against guys like Chanez.

"You’re coming in, topping the bill, and then there’s a raucous crowd for Mick and the opponents shit themselves!

"In fairness, when I seen a video of the opponent [Chanez] in his other fights, he was game and he was coming forward throwing shots.

"But the occasion probably got to him and he half bottled it. Once Mick caught him with a clean shot then the opponent just didn’t want to know."

With Conlan expected to fight again in the US in September ahead of a likely homecoming date in Belfast in December, Macklin insisted that the 25-year-old will have plenty more opportunities to impress as promoters Top Rank seek to boost his profile worldwide by fighting regularly.

"Mick is training hard and you don’t want to be all doom and gloom after a win, but he was looking forward to putting on a good performance against someone who would come to fight," said Macklin.

"He’ll have many tough fights ahead so we just have to take the positives and a win’s a win." 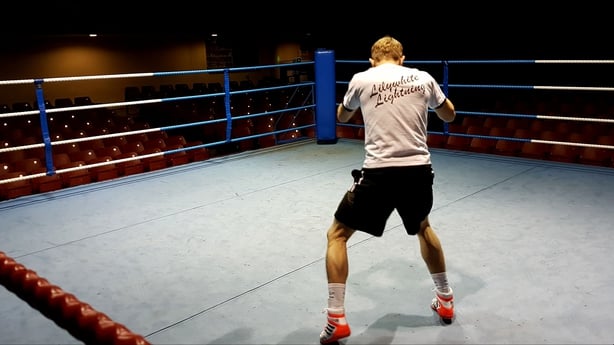 Meanwhile, Kidlare featherweight Eric Donovan stopped Hungarian Laszlo Horvath in the fourth round of their headline bout at the National Stadium on Saturday night.

The former European amateur medallist had Horvath down twice in the second, hurting the Hungarian to the body on both occasions.

The journeyman managed to land a few punches on the Athy southpaw’s chin in the latter half of the fourth round, but Donovan dropped the Hungarian once again with a body shot moments later. Referee Emilie Tiedt waived the fight off at 2mins 19seconds of the round.

Six debutants had their first pro fights on the bill, with a total of 15 contests featuring in all."