Time for a decider.

Carl Frampton suffered the first loss of his professional life in Las Vegas on Saturday night as the second instalment of his utterly enthralling rivalry with Leo Santa Cruz slipped by the Belfast fighter.

The Jackal surrendered the WBA featherweight title with a majority-decision defeat but the pair won another world of admirers with a second classic clash under the lights of the MGM Grand Garden Arena.

Frampton couldn't find the fluency and efficiency that had helped him secure the title last July, finding himself in an early hole before rallying but never quite taking command.

Santa Cruz's fresh approach, using his advantages in reach and height much better, frustrated Frampton and the judges ringside found the right result, the Mexicans in a raucous crowd going wild when their man's 115-113, 115-113, 114-114 triumph was confirmed.

Immediately the focus was on doing it all again - potentially in Belfast this summer.

“Before the fight I said I wanted revenge and I wanted to work hard," said the new champion.

"Carl Frampton is a good fighter. Let’s make it a third fight!"

Frampton inexplicably felt the need to apologise to the masses before admitting he agreed with the judges' verdict.

"It was a very tough fight. Some of the rounds were close. I really think Leo deserved it," said the 29-year-old. "He told me what he was going to do. The brawler was out-boxing the boxer. My fault." 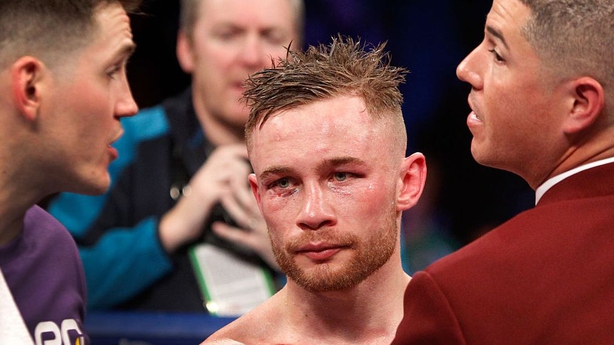 It had been a slow day's crawl into night for the Frampton footsoldiers who had crossed the Atlantic in huge numbers, upwards of 5,000 joining the Jackal on his Sin City debut.

Nervous excitement hung over the casino floor as another defining hour in the champion's career approached.

The first meeting of Frampton and Santa Cruz in July had also been the first time in Frampton's professional career that he had started a fight as underdog.

That would not be the case here where the best available pre-fight odds were 8/13.

As the thousands belatedly filled their seats, the atmosphere inside this storied arena finally sparked and crackled and as the champion joined the challenger - their roles reversed six months on - Frampton set about justifying both the odds and his status as the undisputed fighter of the year. 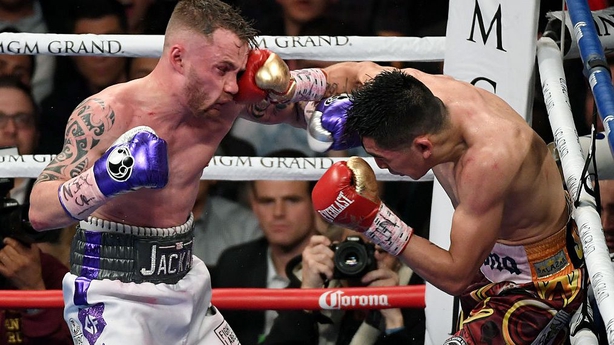 It was Shane McGuigan who had predicted things would pick up right where they left off from the breathtaking first instalment.

It took all of 58 seconds as the pair went toe to toe from the off. There were subtle signs that this could be a different Santa Cruz though as he used his reach advantage much better from the off and shaded an enthralling opener.

He took the second too, the Mexican's jab frustrating Frampton and reddening his left eyebrow.

The fighter of the year needed a round badly and got it barely, the fight on an absolute knife edge.

That's where it was to stay. Frampton was trying to draw Santa Cruz into the Las Vegas night with some success as they exchanged blurring flurries midway through the fourth.

As the clock ticked down however, Frampton's backward momentum took him to the canvass. In a fight that could be decided by a knockdown, it was thankfully a slip.

Time was racing by now as the duo kept up a breakneck pace. The champion got sloppy at the end of the fifth however and saw another tight round slip by.

He got one back in the sixth with some magical movement but was still in a hole as Santa Cruz began to target the body now.

Frampton had taken a break in the seventh and eighth in Brooklyn but had no such luxury here.

He just couldn't find the efficiency of that night to claw it back his way, Santa Cruz, driven on by professional and personal factors was never truly up against it and continued to finish close rounds the better.

By the final third Frampton was staring down the gun, unable to make a promised power surge find its mark and truly hurt Santa Cruz. 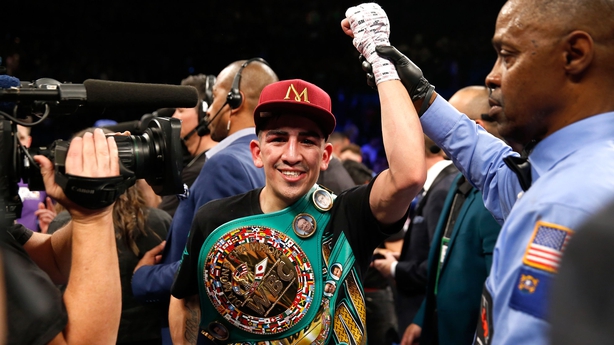 He needed a big finish but couldn't find it, Mexico chants the soundtrack to the closing rounds as Santa Cruz evaded a tide-turning blow.

In the only way they know how, they finished things toe-to-toe trading hot leather to the last and embracing at the bell, warriors to the very last.

We were left to read body language while judges' cards were calculated. Frampton looked a man who knew he hadn't done enough, Santa Cruz a man who felt retribution had been exacted.

The judges got it pretty much spot on in an identical result to the first instalment, one unable to separate them, the other two favouring the deserved winner. Such was Frampton's focus on this rematch that he tried his best to not look too far beyond it.

He did admit early in fight week however that his heart was set on a triumphant return home for a first Belfast bout in two years - a megafight at the new Windsor Park his dream.

That is now slightly out of his hands as he nervously awaits Santa Cruz sticking true to his word on a rubber match.

After another truly enthralling night of the finest fighting margins, a trilogy would seem the only sensible option.