Mick Dowling believes the AIBA should set aside the fine they have issued to Michael Conlan, after the amateur boxing governing body admitted in a report today that "an atmosphere of collusion" had existed between management and judges.

The Irish boxer was hit with a fine of €9,300 for an expletive-filled outburst following his controversial quarter-final defeat to Vladimir Nikitin at the Rio Olympics, during which he declared that AIBA were "cheating b*******" and that "amateur boxing stinks from the core to the top."

Conlan has since turned professional and declared he would not pay the fine, even "if it was £1", but Dowling, who represented Ireland at the 1968 and 1972 games, believes that rescinding the fine would send an important message.

"It would not have been my style to use the language that Michael did but I absolutely understood his feelings," the RTÉ boxing analyst said.

"It wasn't just a bad decision, it was a total robbery.

"AIBA have to put their hands up and say 'why are we fining this guy nine grand? We're to blame in this'.

"It's the system we have that's caused this young fella to react as he did."

Despite AIBA president Ching-kuo Wu highlighting "an unwelcome axis of influence" between the organisation's management and referees and judges, he also claimed there was "no evidence that this had a direct influence on results in Rio".

Dowling said he hadn't expected anything more from a non-independent investigation and that he was sceptical that it would end the culture of undue influence within the organisation.

"There seems to be a contradiction there," he said.

"It's a situation where you have AIBA investigating themselves, and I'm not sure that was ever going to produce the findings that we were hoping for.

"It's a good thing that they had an in-depth investigation but whether it's going to make any difference in the future or not, I'm not so sure.

"Going back a long long time, there has been, for my liking, too much favouritism, too much slapping each other on the back and promises being made to various people if they vote or show sympathy for certain fighters or certain.

"I have seen that and it's still going on.

"All you have to do is look at some of the results in Rio, in particular the Michael Conlan one.

"You didn't have to be an expert on the Conlan fight to look at it and say there is something dreadfully wrong with the judging of amateur boxing."

Dowling did welcome the decision for scoring to now be based on all five judges' scorecards, rather than three being randomly selected, as was the case at the Olympics.

"To me that didn't make sense," he said. "If you have five judges sitting down, take the five judges' scores.

"You'll have much less chance of a bad decision and hopefully it will help to eliminate bad judging." 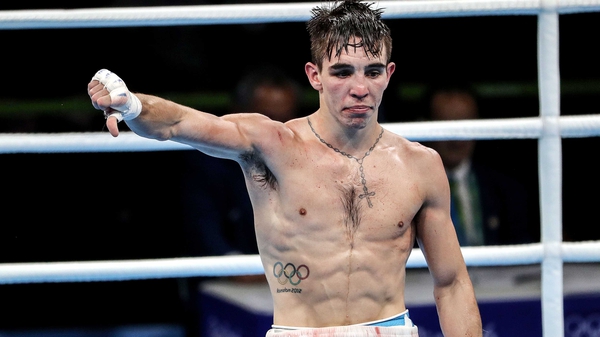