Eric Donovan believes Carl Frampton has further room for improvement when he defends his  WBA featherweight title against Leo Santa Cruz in Las Vegas this weekend.

“I don’t think that Santa Cruz has any more levels to go to. I think Carl has,” he told RTÉ 2fm’s Game On programme.

“The first fight would have been humongous for Carl, in terms of the pressure, the history-making.  It's an Irish man boxing in America against an undefeated boxer, not many people go over there and get a decision.

“There was huge pressure on him.

"He gave a masterclass, no doubt about it, but I think he's a lot more to offer. Now that he has cemented his legacy and secured his two world titles, he has found out an awful lot about Santa Cruz

“He will be a lot more relaxed now that the pressure is off his shoulders I think we will see better fighting from Frampton.” 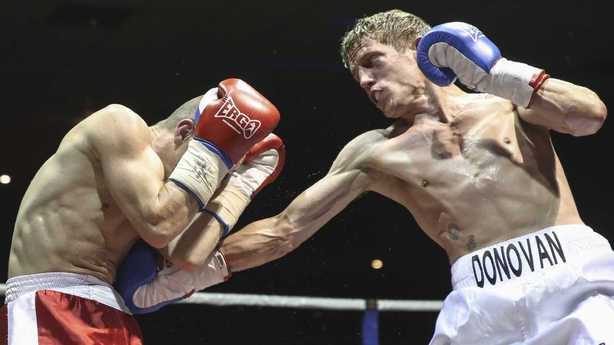 Donovan will compete in his third professional fight next month against an as-of-yet unknown opponent, and the Kildare boxer is delighted with how he has dealt with the move from the amateur ranks, especially his stoppage of former European medallist Krzysztof Rogowski in November.

"It has revitalised my whole career"

“It felt brilliant. To go in and know you carry the power to put people away was great,” he said.

“As long as your opponent is in the fight in the professional game, they are always dangerous. You can’t afford to leave your opponent in there with a fighter’s chance.

“It’s a new challenge. It has revitalised my whole career.

“I’m not with the Irish Team and it has given me more responsibility. It’s all up to me. I have a new found self of motivation.” 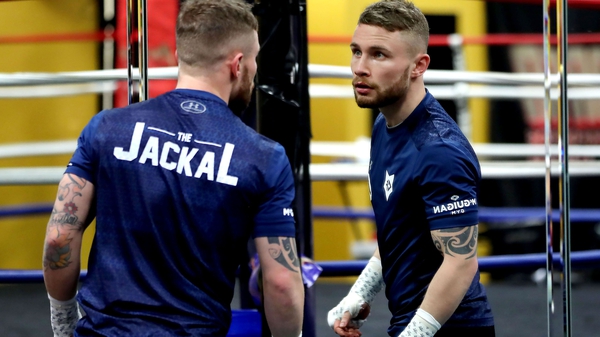 Carl Frampton ready to 'do a number' on Leo Santa Cruz