Both fighters were deducted points late on in a scrappy contest on the undercard of Anthony Joshua's IBF heavyweight world title win.

“I thought I could bulldoze through Brian but he was tougher than I thought,” Macklin told Sky Sports afterwards.

"He was crafty and I wasted a lot of energy going for the body. I had to offset him and I think my experience won it for me.”

Rose believed he had earned a draw at least, however.

“I’m not going to make excuses.” he said. “I expected him to fade and he did but that last charge won him the fight.

“I had it a draw or maybe me nicking it. I felt it could’ve gone either way. I didn’t see what the judges did.”

On the same card, Jamie McDonnell successfully defended his WBA bantamweight title with a ninth-round stoppage of Fernando Vargas. 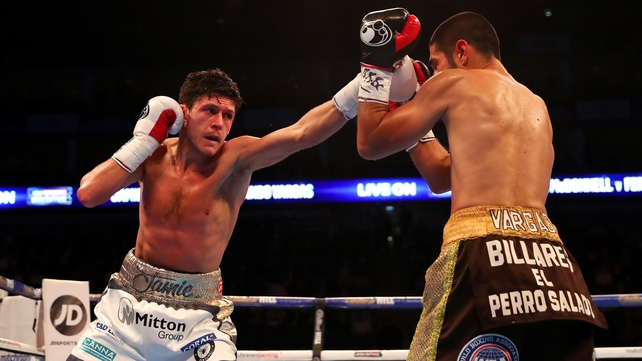 The 30-year-old, fighting against a late replacement, produced a professional performance to secure what was a routine victory and his fourth successful title defence having largely outworked and out-boxed Mexico's Vargas from the opening round.

Gradually increasing his intensity throughout the middle rounds, McDonnell landed a powerful right hand that clearly hurt his 27-year-old opponent towards the end of the eighth.

Vargas withdrew having appeared to hurt his hand in a ninth-round attack of his own, and McDonnell capitalised by throwing a combination that dropped him, at which his corner threw the towel in after two minutes and 39 seconds.

Lee Selby recovered from a second-round knockdown to secure a unanimous decision victory over America's Eric Hunter in the second defence of his IBF featherweight title.

The talented 29-year-old hit the canvas when Hunter landed a powerful left hook in the second, but after two further even rounds he largely outboxed his challenger.

Conor Benn marked his professional debut with a first-round knockout of the unremarkable Ivailo Boyanov of Bulgaria.

Walking to the ring accompanied by his famous father Nigel, a world champion at middleweight and super-middleweight, and wearing black shorts and black knee length socks like Nigel did in his prime, he aggressively pursued Boyanov from the opening bell.

'The Destroyer', as he is also known, displayed his inexperience by throwing punches without any apparent thought, before a left hand after two minutes and seven seconds forced Boyanov to retreat and caused referee Jeff Hinds to intervene.

His lack of experience at amateur level - he fought 22 times in Australia, winning 20 of those fights - and youth means he is likely to be matched cautiously while being kept busy by promoters Matchroom in the coming months.

George Groves secured a second successive victory as he continued to rebuild his career by stopping domestic rival David Brophy in the fourth round.

Fighting for the second time under new traner Shane McGuigan, beyond landing a right hand in the opening round, the talented super-middleweight was frustrated until he regularly began to penetrate Brophy's high guard towards the end of the third.

A right to the body forced Brophy to turn his back and take a knee in the fourth round, with the fight being waved over after 47 seconds. Groves, 28, plans to pursue a fourth world-title shot before the end of 2016. 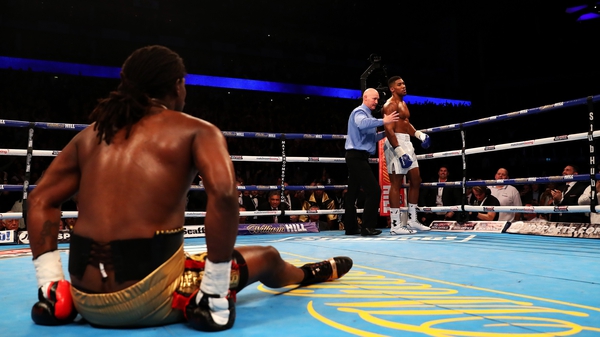