The Irish Elite squad recorded a comfortable 9-3 victory over China at a sold out Brandon Hotel in New Ross, Wexford on Sunday night.

World Senior and Youth champions Katie Taylor and Joe Ward both had their hands raised in triumph.

Taylor beat Cheng Dong 6-2 in a repeat of the 2008 and 2010 AIBA World lightweight finals, which the Bray woman won in China and Barbados.

Ward, the current AIBA World Youth champion, forced Fanlong Meng into a standing count in the third en route to a 9-2 victory.

Belfast flyweight Conlon ensured that Ireland hit the ground running with an impressive 15-4 verdict over Yong Chang in the opening bout of the evening.

And McDonagh followed that up with a 2-0 win over Qiang Lio, followed by victory for European Youth silver medallist Katie Rowland.

China, who finished in the number one spot in the medals table at the 2008 Beijing Olympics, pulled one back after Drimnagh super-heavyweight Sean Turner - who produced one of the performances of the evening - was edged out on a double countback by 2008 Olympic silver medallist Zhilei Zaifula.

Turner’s effort was all the more impressive as he was a late addition to the team, only stepping in after Ken Okungbowa was forced to withdraw with a rib injury.

However, Cavan bantamweight John Joe Nevin got Ireland back to winning ways with a classy 7-1 win over Hongliang Zhang.

European silver medallist Darren O'Neill had three points to spare over Jianting Zhang in the middleweight class. That victory opened up an unassailable 7-1 lead for the hosts.

Niall Murray, a late replacement for Elite champ Ross Hickey, and Karl Brabazon both lost out to Richabilige Hu and Qiong Maimaitituersun in the light-welterweight and welterweight categories.

Galway heavyweight Patrick Corcoran sealed an impressive win for the hosts with a 7-4 decision over Maimaiti Zaifula in the final bout of the evening.

The teams will meet again at the Dungarvan Sports Centre on Wednesday night and at the National Stadium in Dublin next Friday. 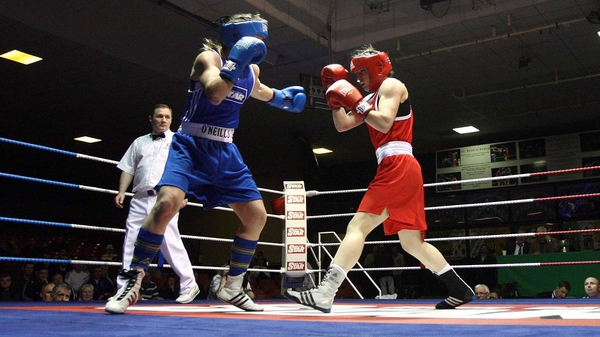 Turner steps in for clash with China