The board of Basketball Ireland began an investigation after O’Byrne posted the phrase 'Black Dives Matter' on a BBC News Facebook post asking if Raheem Sterling should have been awarded a penalty in extra-time of their Euro 2020 semi-final win over Denmark.

The association and O'Byrne said in a statement the decision was a joint one "to help the organisation move forward following a recent social media post by Mr O’Byrne from a personal account."

Basketball Ireland chairman Paul McDevitt said the association had "zero tolerance" for O'Byrne's comment and felt let down by the social media post.

"I am very disappointed that Bernard is retiring under these circumstances," he said.

"We know that the basketball community and beyond has felt particularly let down over the last few days and we will continue to listen to and address any concerns that are raised. Basketball Ireland takes a zero tolerance stance on any form of discrimination, and diversity and inclusion are key pillars in our sport.

"Bernard’s comment on social media was unacceptable. It has subsequently cast him in an unfavourable light, which is very unfortunate as over the last decade he has been a driving force within the basketball community in Ireland in addressing bullying and negative attitudes regarding gender, sexuality and race. His brief lapse in judgement does not reflect the person I know, nor Basketball Ireland as an organisation."

O’Byrne reiterated his apology for the "extremely ill-judged attempt at humour.

"While I am hugely disappointed that this is how my decade with Basketball Ireland has ended, I understand that stepping down is in the best interests of the sport," he said.

"I am deeply apologetic over the hurt caused by my remark and I am fully cognisant of the struggles with discrimination that many people are having to deal with in day-to-day life. My comment was an off-the-cuff, extremely ill-judged attempt at humour based on wordplay only, that was never intended to be racially insensitive or make light of organisations which have done so much to help raise awareness of inclusion and discrimination."

Sport Ireland, which provided Basketball Ireland with €740,000 in funding this year, described O'Byrne's comment as "deeply disappointing" while Member of Basketball Ireland's committee for diversity and inclusion Hillary Nets stood down from the committee in response to O'Byrne's social media post, insisting that the apology offered last week did not go far enough.

O'Byrne joined Basketball Ireland in 2011 and during his tenure he helped clear a legacy debt of €1.2m.

Basketball Ireland thanked the former FAI chief for his "significant" contribution to the organisation both domestically and internationally. 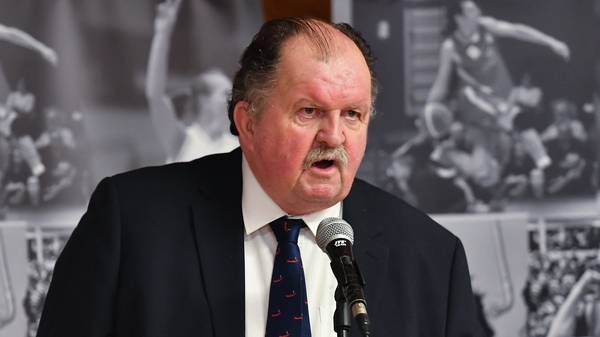