Olympians Sarah Lavin and Fionnuala McCormack turned in the standout performances on day one of the Irish Life Health National Track and Field Championships at Morton Stadium in Santry.

In some of the windiest conditions in the 150 year history of the nationals, the windspeed metre registered over eight metres per second on occasion and put paid to any hopes that athletes might have harboured of achieving good times for major championship qualification.

The men's 110m hurdles final saw an end to the five-in-a-row winning streak of Ger O'Donnell who was pipped at the line by a tiny margin of two one hundredths of a second by Matthew Behan of Crusaders.

With Leon Reid injured and Marcus Lawler opting to run the 400m, Mark Smyth of Raheny was dominant in the men's 200 in a run which would have been hard to beat with a full-strength field.

The women's 200m final went ahead without the two athletes who produced the race of the championships last year, Phil Healy and Rhasidat Adeleke.

In their absence, Sligo AC's Laura Cadden just got the better of Killarney's Sarah Leahy by less than a metre at the line.

Marathon specialist Fionnuala McCormack made a rare track appearance and ran away from the field to dominate the women's 5000m while Jaymie Rossiter took gold in the 3000m Steeplechase for men.

In the field, there was double gold for Michaela Walsh in the women's shot and hammer. 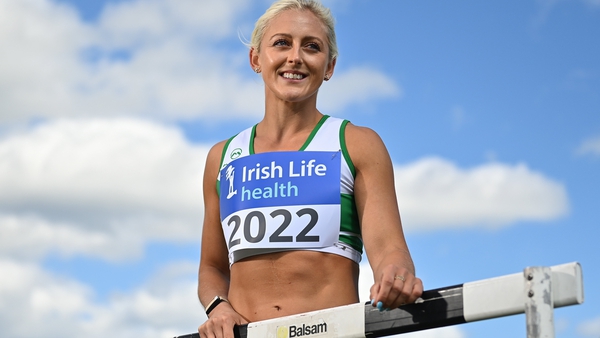