The leaders of 19 National Anti-Doping Organisations have called for Russia to be banned from all sports until the country is fully compliant with the World Anti-Doping Code.

They also demanded that those behind Russia's doping programme be punished, national testing bodies be completely independent and that athletes who have been cheated out of medals are appropriately compensated.

The second McLaren report, published before Christmas, revealed an "institutionalised doping conspiracy and cover-up" in Russia.

“With the best interests of clean athletes at heart, it is our hope that these proposals will help sport move past these dark times and pave a path towards a brighter future – one where the promise of clean competition is fulfilled.” said the leaders in a joint statement.

“But in order to do so, steps must be taken, and it is imperative that those responsible for Russia’s state-supported system are held accountable, that calls for a truly independent anti-doping model are finally heeded and those athletes affected by this abhorrent behaviour are given back at least some of what was taken from them.

"With new, irrefutable evidence of Russia’s institutionalised doping system uncovered by McLaren and his team, the leadership group has called for the exclusion of Russian sport organisations from all international competition until the sport and anti-doping systems in Russia are brought into full compliance with the World Anti-Doping Code."

The leaders also called for international federations and other major event organisers to remove all international competitions currently set to take place in Russia, and proposed a moratorium on awarding any new competitions to the country.

However, they said that allowances could be made for Russian athletes who had been tested in other countries to compete as neutrals

The group proposed that to ensure independence "no decision-maker within an anti-doping organisation hold a policy-making position within a sport or event organiser", which they said would "help prevent the inherent conflict of interest that exists when a sports organisation is tasked with both promoting and policing itself." 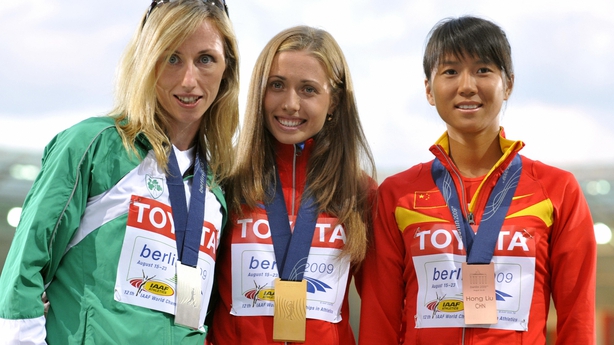 Former Irish international race walker Olive Loughnane was one of those affected athletes, having seen her 2009 World Championship medal upgraded from silver to gold in 2016.

She backed the NADOs work in bringing about change to the anti-doping system.

“As an athlete, I was shocked and appalled following the revelations in the McLaren Report that those tasked with the protection of clean athletes and the integrity of sport were in fact aiding and abetting deception of a seismic nature," she said.

"I welcome the important work of the National Anti Doping Organisations and their calls for reform. Strong action needs to be taken to ensure a message is sent out to all that doping is sport is completely unacceptable.”