More than 1,000 Russian athletes in 30 Olympic and Paralympic sports benefited from a state-sponsored doping cover-up between 2011 and 2015, an investigation funded by the World Anti-Doping Agency has found.

The conspiracy involves dozens of medallists from the London 2012 Olympics, the 2013 World Athletics Championships in Moscow and the Sochi Winter Olympics in 2014.

"For years international sports competitions have unknowingly been hijacked by Russians"

Led by Canadian law professor Richard McLaren, the seven-month investigation is a damning indictment of an "institutionalised doping conspiracy and cover-up".

This treasure trove of emails, forensic reports and laboratory analysis entirely corroborates the key findings of his explosive interim report which was published in July, three weeks before the start of the Rio Olympics.

"The key findings of the first report remain unchanged. The forensic testing, which is based on immutable facts, is conclusive," wrote McLaren in the executive summary of his final report.

"The evidence does not depend on verbal testimony to draw a conclusion. Rather, it tests the physical evidence and a conclusion is drawn from those results."

McLaren said it was "impossible to know how deep and how far back" the conspiracy went.

He added: "For years international sports competitions have unknowingly been hijacked by Russians. Coaches and athletes have been playing on an uneven field (and) sports fans and spectators have been deceived.

"It's time that stopped."

McLaren told reporters his final report provides more detail of just how large the doping conspiracy was, while supplying hard, physical evidence that cannot be contradicted.

And in a clear message to those who criticised his interim report, most notably the International Olympic Committee, McLaren said he was dismayed by the "in-fighting" that marked the build-up to Rio Games and has simmered ever since.

"I find it difficult to understand why we're not on the same team. We have shone a light on a dark secret," he said.

Reading the report, it is difficult to disagree with him. The detail is staggering, even if it is still what McLaren described as "an incomplete picture" given the huge amount of evidence his team has not been able to access.

His team has found evidence that 78 Russian athletes at London 2012, including 15 medallists, had positive tests hidden by the Moscow laboratory. Five of these medallists have not been sanctioned yet.

It is a similar story for the World Athletics Championships in Moscow, where four athletes had their positive samples swapped for clean ones.

And at the 2014 Winter Olympics in Sochi, 12 medal-winning athletes are among those implicated. 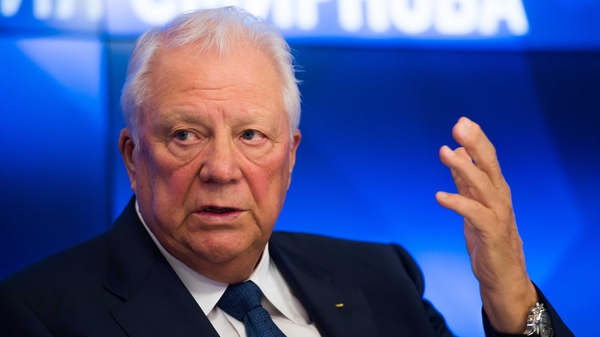