Former European indoor 400m champion David Gillick has urged Usain Bolt to take a stronger stance on doping to help rid the sport of the stigma currently weighing it down in the run-up to the Rio Olympics.

Jamaican superstar Bolt supported the decision to ban the Russian athletics team from Rio because of widespread doping on Thursday, saying:  "For me, if you have the proof and you catch somebody, I definitely feel you should take action."

However, 33-year-old Dubliner Gillick felt his comments were nowhere near strong enough, and urged the top track and field athletes around the globe to collectively denounce the worrying scourge that's suffocating the sport.

"They all seem like they don’t want to rock the boat."

“I saw (Bolt's comments) and was like, ‘come on, you’ve got come out with a little bit more oomph. What do you really believe in?’," Gillick told RTÉ 2fm's Game On.

"I was taken aback by that. I’ve watched some of the top athletes going to Rio and preparing for the Olympics and I’ve watched how they’ve managed the questions that have come in relation to Russia and stuff like that. They all seem a bit coy.

"They all seem like they don’t want to rock the boat. For the sport to really showcase what they’re all about, more and more athletes need to come out and say, ‘do you know what, no that’s not right’."

Gillick highlighted the absence of one universal testing system as one reason for problems in certain countries while praising Ireland's efforts to snuff out cheats.

"In athletics, we’re crying out for heroes."

The former European Indoor Championship 400m gold medallist also referenced the glory days Ireland have been denied due to doping, and revealed his deep desire to see the a positive light being shone on the sport this summer in Brazil.

“In Ireland we’ve got I think two athletes currently serving bans but that’s because our Sports Council have invested money into testing athletes on a regular basis," Gillick said.

"This is where it all falls down because there’s no one entity worldwide that is testing athletes. It comes down to each country’s responsibility. It’s falling between stools.

"It’s not just their moment and how that could change their career, it’s a knock-on effect of getting kids into our sport. It’s a minority sport, we rely on that." 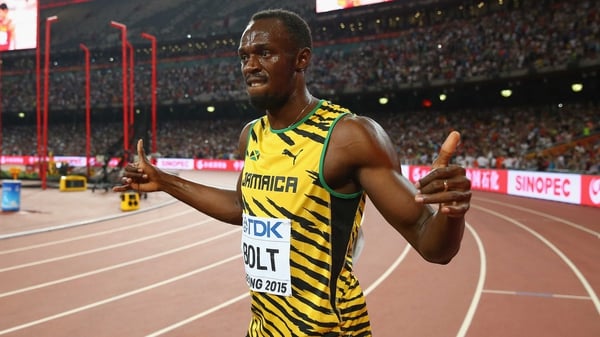