Usain Bolt continued his Rio Olympics build-up by breaking the 10-second barrier to win the 100 metres at the Golden Spike event in Ostrava.

The Jamaican superstar said he had injured his hamstring in a first outing of the season in the Cayman Islands last week.

But Bolt showed no ill-effects after picking up the pace from the 40m mark. He finished well ahead of Ramon Gittens, of Barbados, and Iran's Hassan Taffian, who finished second and third in respective times of 10.21secs and 10.25secs.

Bolt was making his eighth visit to the Ostrava meeting and had been set to go up against the Olympic decathlon champion Ashton Eaton.

But the American Eaton pulled out after reporting a slight pain in his left thigh. 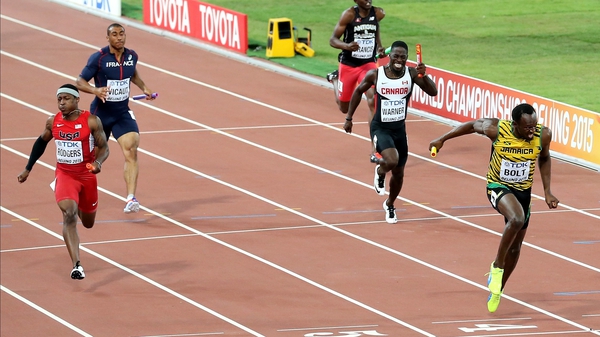