Fionnuala McCormack has narrowly missed out on a medal in the 10,000 metres at the European Championships.

The Wicklow athlete finished in fourth place after delivering a superb display at a distance she rarely runs since deciding to focus on the marathon, the event she will compete in at the Olympics next month.

McCormack remained comfortably within the main group for most of the race, although nobody was able to keep pace with Kenyan-born Turkish athlete Yasemin Can, who broke away from the pack early on and fended off a late challenge from Portugal's Dulce Felix.

McCormack chased bronze medallist Karoline Grovdal of Norway home gamely, finishing in a time of 31 minutes 30.74 seconds, just over a second outside her personal best and knocking more than half a minute off her fastest run this year.

Thomas Barr had a comfortable start to his 400m hurdles campaign with an easy victory in the heats of the 400m hurdles in Amsterdam.

The Ferrybank AC athlete put in a starring performance to record a season's best 50.17, good enough to make the 23-year-old the second fastest qualifier for the semi-finals, although 12 runners were automatically seeded through to the semis.

Barr admitted he was delighted with the performance, not least because it was another run under his belt as he continues his recovery from injury ahead of the Olympic Games.

"This season, every race is a bonus after being out for so long," he told RTÉ Sport.

"I'm happy just to be back running. I'm taking each race as practice and I'm going in tomorrow with no expectations.

"If I'd bowed out in the heats I would have been disappointed but I didn't come here as a medal hope or as a finalist, so for me, from here on in, everything is a bonus.

"If I can get through the championships unscathed it's just one step closer to the Olympics."

Paul Byrne failed to progress, however, as he finished his heat in fourth position in 53.12.

Siofra Cleirigh-Buttner made her major championship debut in the 800m and delivered a battling performance to finish fifth in her heat, just missing out on an automatic place in the semi-finals.

And her time of 2:04.97 was also just not good enough to snatch the last of four fastest loser places, as she was knocked out by a runner in the faster final heat.

There was no joy for Tomas Cotter in the heats of the 3,000m steeplechase.

The 25-year-old lost contact with the main group early in his race and trailed in well behind in a time of 9:08.82.

Earlier in the day, Irish interest in the morning session was directed towards the men's and women's 400m heats. 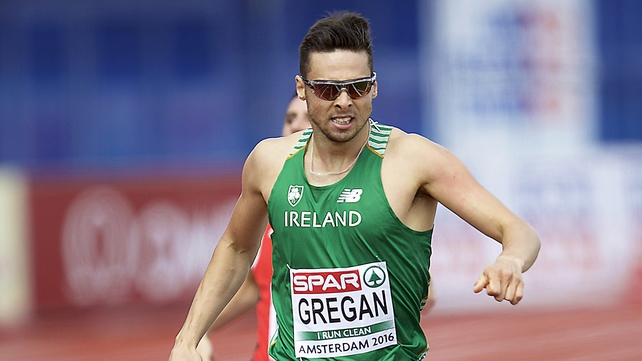 Brian Gregan did just enough to reach the semi-finals with a fifth-place finish in the last of three heats in a time of 47.02, good enough to claim the second of three fastest loser places in tomorrow's semis.

The 26-year-old Dubliner was drawn in the awkward inside lane but kept pace with the rest of the field and was right in contention as they broke into the home straight, only to fade slightly behind defending champion Martyn Rooney of Great Britain.

"The cameraman had his camera there, I nearly headbutted it!" - Brian Gregan

"Lane one is a tricky one - the cameraman had his camera there, I nearly headbutted it!" Gregan revealed afterwards.

"It's good to get the run-out. It was massively windy down the back straight, hence the times were pretty abysmal.

"I'm looking forward to tipping along tomorrow and giving it a lash again."

There was disappointment for David Gillick, who crossed the line last of the eight runners in his heat.

"I went to commit a little bit better than in previous races over the first 150 to see where I was at," the former European Indoor champion said.

"I was kind of running blind, and unfortunately just didn't have as much as I hoped up the home straight. I'm a little bit disappointed. I'd have liked to have been a little bit quicker. It was good to be out there."

Craig Lynch also did not make it through after finishing his heat in seventh place in a disappointing time of 47.61.

In the women's 400ms heats, Sinead Denny qualified for the semi-finals with an impressive third-placed finish in her opening race.

The Dundrum-South Dublin athlete made up ground in the final straight to claim one of the automatic places in a time of 53.95.

The 25-year-old set a personal best of 53.26 earlier this season so will be hoping to come closer to that time in the next round.

“I’m delighted with that,” said Denny, who coped well with a strong headwind down the back straight. “I always find something in the last 100 metres to pull through. I’ll go again tomorrow.”

Claire Mooney missed out on qualification, however, finishing sixth in a time of 55.66 in a heat won by Britain's Christine Ohurougu. 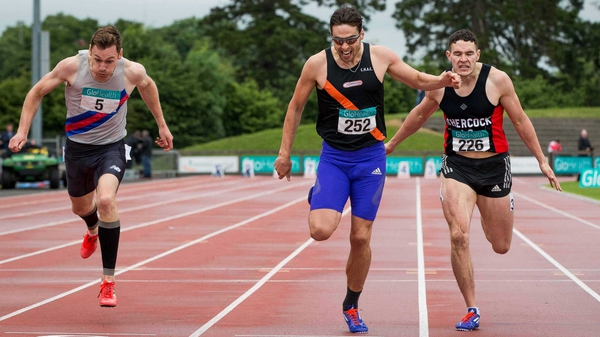