Former European indoor champion David Gillick has been named on the Ireland team for the European Athletics Championships in Amsterdam next month.

Gillick, who claimed gold in the 400m in Madrid in 2005 and Birmingham in 2007, recently returned to the sport having hung up his spikes for the final time in July 2012.

The Dundrum man is one of over 50 athletes who will compete for Ireland in in Amsterdam from 6-10 July.

Thomas Barr (Ferrybank), Ciara Mageean (UCD) and Fionnuala McCormack (Kilcoole) are three of the leading names in the large Irish contingent. but it may be in the half-marathon team race where the main medal chances lie.

Barr has just returned from injury and made his season debut at the GloHealth National Senior Track and Field Championships on the weekend where he triumphed in 50.28 seconds.

He will be using the European Championships as another stepping stone to get back into full fitness.

“I improved a lot over the weekend and I need to races to get back to my best,” said Barr, who made the semi-final at the Europeans in Zurich in 2014.

“I’ll be looking to step up another level at the Europeans.”

Two-time European Cross Country champion Fionnuala McCormack has been training at altitude in France and finished eighth at the last Europeans and fourth in 2012.

European 800m bronze medallist Mark English (UCD) has decided not to compete at the championships having just returned from injury.

He won his fourth 800m national title over the weekend and will gear his training towards the Olympic Games in Rio de Janeiro.

Ciara Mageean will compete over 1500m and is aiming to make an impact at the championships.

"I’m really looking forward to going to the Europeans and getting in the mix,” said Mageean, who won a world junior silver medal in 2010.

Ireland is sending a full quota of relay teams for the very first time. 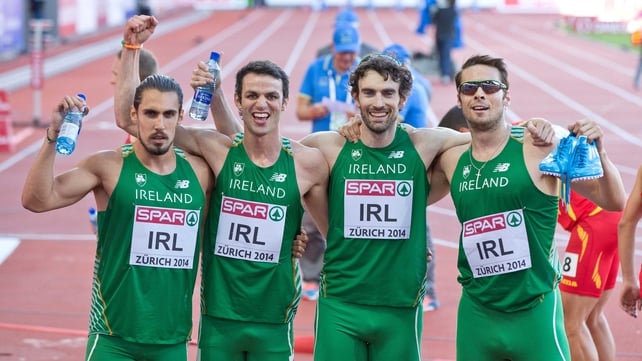 The men’s 4x400m relay team includes Gillick, who finished third at the national championships in a pulsating race where six men ran under 46 seconds.

Brian Gregan (Clonliffe Harriers) won that race and he will be aiming to at least match his semi-final performance at the last Europeans.

The men’s half-marathon team will be spearheaded by Paul Pollock (Annadale Striders), who finished 14th at the World Half Marathon Championships.

If he can match that type of performance he would lead a strong Irish challenge for team medals, which also includes Mick Clohisey (Raheny Shamrock) and Kevin Seaward (St Malachy’s).

The team features a mix of developing athletes such as Siofra Cleirigh Buttner (DSD) in the 800m and Marcus Lawler (SLOT) in the 200m, alongside the return of experienced campaigners such as Mary Cullen (North Sligo) in the 5,000m. Cullen won a European indoor bronze medal over 3,000m in 2009.