Clonliffe Harrier Gregan proved his mettle by delivering a big season’s best of 46.28secs to win the title in the final metres.

Craig Lynch (Shercock) ran a personal best in second with 46.40, just holding off a fast finishing David Gillick (DSD) who ran 46.44. The first four men ran a European B standard with Richard Morrissey (Crusaders) clocking in at 46.68.

Barr has been battling back to fitness and made his season debut in the heats on Saturday, running 52.03secs, and the Ferrybank athlete improved considerably in the final to win his sixth national title.

“All I need is races,” said Barr, who confirmed he will run in the European Athletics Championships from 6-10 July, with the full team due to be announced tomorrow.

“I improved two seconds from the heats to the final and I hope I can keep going that way.” 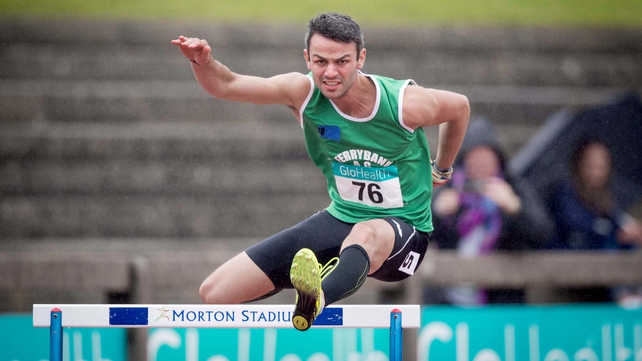 Elsewhere, Mark English (UCD) bagged his fourth national 800m title in 1:51.48, but will skip the Europeans to work on his fitness for the Olympics.

“I’m happy with that and now I’ll get working towards Rio,” said English. Declan Murray (Clonliffe Harriers) was second in 1:51.70 with Karl Griffin (UCD) third.

Siofra Cleirigh Buttner (DSD) dominated the women’s 800m ,passing through 400m in 58 seconds to win in 2:04.72 ahead of Louise Shanahan (Leevale) and Alanna Lally (UCD).

Jason Smyth (Derry City) and Amy Foster were the fastest over 100m running 10.71 and 11.83 respectively, while Ben Reynolds (North Down) went into the championships in search of a European B qualifier of 13.90 in the 110m Hurdles and he duly delivered with a victory in 13.89.

Sommer Lecky won the high jump at the Tailteann Games on Saturday and returned to win the senior high jump on Sunday with 1.71m. Jaime Murtagh (Cushinstown) caused a surprise in the men’s high jump with a jump of 2.10m taking victory ahead of Barry Pender (St Abban’s).

Michelle Finn (Leevale) impressed in the women’s 3,000m steeplechase to win in 9:46.81 with Kerry O’Flaherty (Newcastle) having to settle for second in 9:58.81 – both are bound for Rio in the chase. 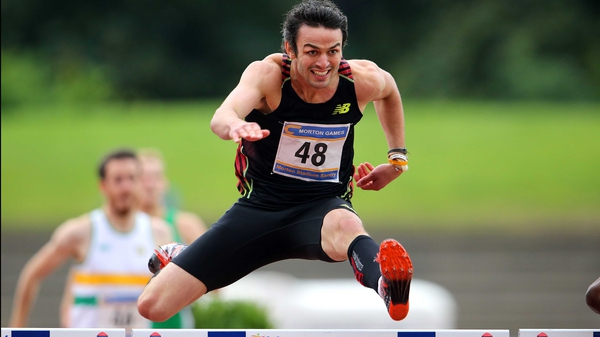