Ireland’s Rio-bound athletes will have a final chance to compete on home soil when they take part in the GloHealth National Senior Track and Field Championships this weekend.

Thomas Barr (Ferrybank) and Mark English (UCD) will make their season debuts on Sunday having battled back from injury – they will run in the 400m hurdles and 800m respectively.

Ciara Mageean is slated for the women’s 1,500m, also on Sunday, with places in Ireland’s European Athletics Championships team up for grabs.

The Europeans take place in Amsterdam between 6 and 10 July and the Irish team for the event will be named after the nationals at Morton Stadium in Santry.

It has been decided following consultation with some of the leading athletes and coaches to stick to the planned programme of events, which will overlap with Ireland’s Euro 2016 clash with France.

Athletics fans will have the option of watching the Irish match in the Clonliffe Harriers clubhouse.

Saturday's timetable is mostly heats, with the major finals on the Sunday.

Highlights
400m
Craig Lynch (Shercock) heads the rankings with a 46.90 but will face strong competition from the one lap specialists looking to vie for relay positions for the Europeans along with an Olympic spot still potentially up for grabs.

Former European indoor champion David Gillick (DSD) has returned from retirement and Clonliffe Harriers trio of Brian Gregan, Timmy Crowe and Dara Kervick will be in the mix in a high-quality line-up.

Similarly in the women’s 400m there is an impressive entry headed by DSD’s Sinead Denny. Places in the final will be hard won with Phil Healy’s (Bandon) transition to the one-lap event in full swing. 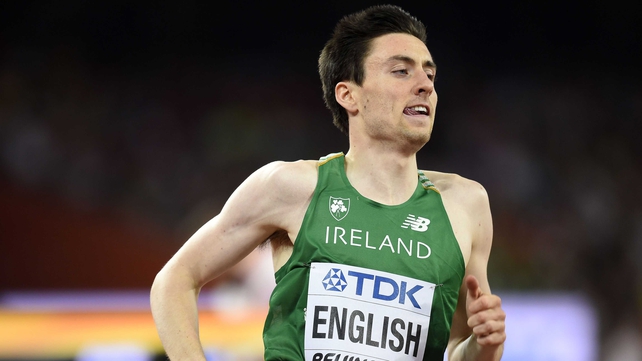 800m
Mark English (above) is set to make his outdoor return having been side-lined with injury.

On times it looks like being a direct head-to-head between Rose-Anne Galligan (Newbridge) and Siofra Cleirigh Buttner (DSD) in the women’s 800m with only two hundredths of a second separating them on the season’s list – 2:02.35 to 2:02.37.

Both athletes will be looking to run fast and secure a second European B standard to get to Amsterdam. 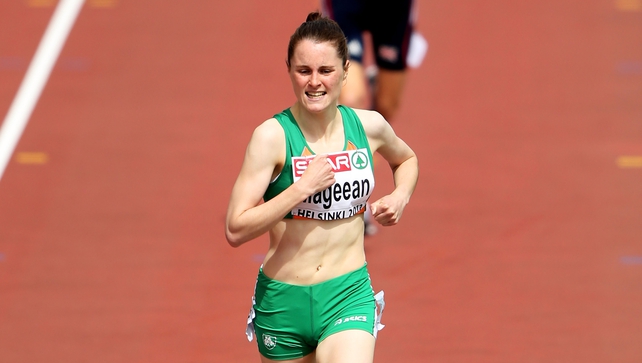 1500m
Ciara Mageean (UCD, above) won the national title with ease last year and impressed with a gun to tape victory over 800m in 2:02.84 at the Ulster and Northern Ireland Championships last week.

She is running into shape with the Europeans and Olympics on the horizon. Mary Cullen (North Sligo) looks set to drop down in distance while evergreen Kelly Neely (City of Lisburn) will be in contention.

Everard won the 1,500m and the 3,000m indoors and the Kilkenny physio will be looking to keep up his golden streak.

10,000m
A competitive field in the men’s 10,000m sees Ballina’s Hugh Armstrong as the fastest on the Irish rankings list this season with 29:16.73 but Rio-bound marathon runner Mick Clohisey (Raheny Shamrock) will be looking for one better than his silver medal last year. Last year’s champion Mark Christie (Mullingar Harriers) is also entered. 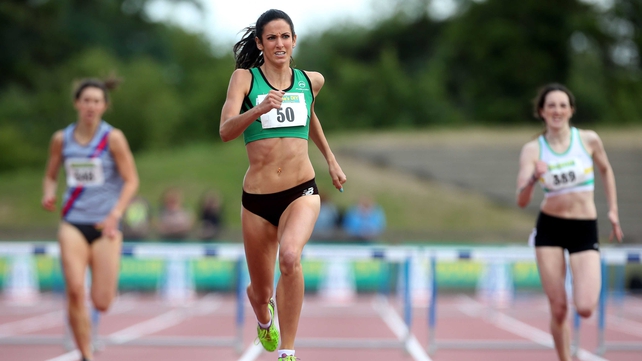 400m hurdles
Thomas Barr (Ferrybank) makes his season debut and will be pushed by his training partner Paul Byrne (St Abban’s). Others in the hunt for medals include Ben Kiely (Ferrybank) and Ciaran Barnes (City of Lisburn)

In the women’s event Christine McMahon (Ballymena & Antrim) is the favourite to retain her national title having recently qualified for the European Championships and just .22 off the Olympic A standard.

Jessie Barr, Thomas’ sister, (Ferrybank, above) is looking to run a European standard. Arlene Crossan (Finn Valley) impressed in the Schools’ Championships and will look to crack 60 seconds. 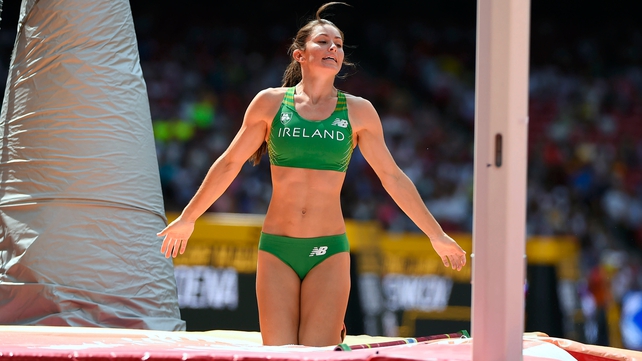 Pole vault
Tori Pena (Finn Valley, above) has European and Olympic qualification secured and will be confident of adding the national title to her resume this season.

Laura Cussen (Old Abbey AC) Ruth Larragy (Le Cheile AC) have both vaulted 3.00m this year and will be expected to battle over silver.

Walk
Olympic bound Alex Wright (Leevale AC) and Brendan Boyce (Letterkenny AC) lead the men’s 10,000m race walk with Wright looking to retain his national title. Laura Reynolds (Mohill), who competed in the Olympics in 2012 is one of the leading women’s 5,000m entrants.

Highlights of the GloHealth National Senior Track and Field Championships will be on RTÉ2 on Sunday at 11:30pm. 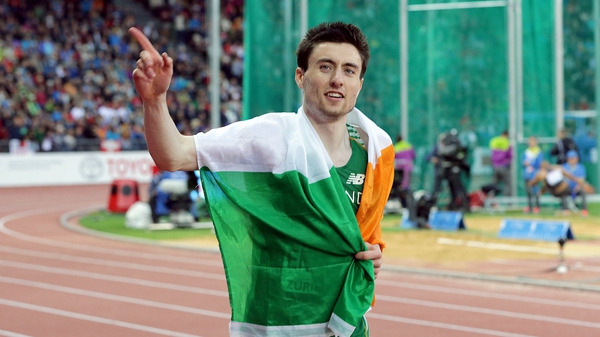