They produced a barnstorming performance in the Combined event win to come home champions, after a nip-and-tuck day of action, to go one better than the silver medal they scooped last year.

It was an especially satisfying triumph for the Irish because they were beaten to gold then by Belarus, whose team of Katsiaryna Arol and Mikalai Hayanouski were made to settle for silver this time around by the duo in green vests.

Behind them, individual world champion Pavlo Tymoshchenko of Ukraine won a sprint finish to make sure he and partner Valeria Permyinka had a presence on the podium and a bronze medal.

The Combined event was a gripping battle between four nations and it was hard on Mexico that Tamara Vega and Jorge Inzunza had to settle for fourth in a high-class Mixed Relay.

"We feel pretty good," said Coyle. "Last year we had three silvers in World Cups so we were pretty damn hungry coming into this one and we're delighted.

"I love the Mixed Relay, I think it's fantastic to watch because it's male and female and it's such a different tempo. It's a great asset."

Lanigan-O'Keeffe added: "I train closely with Natalya all year round so it's great to compete together and we are a great team. Wherever one of us has a shortfall, the other seems to find an answer. So it's a great event for us." 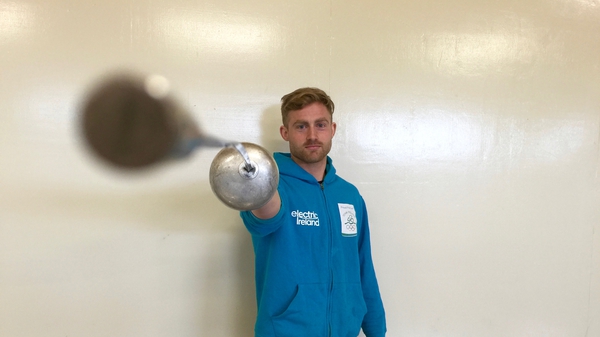