Amputee long jumper Markus Rehm is running out of time to make the Rio de Janeiro Olympics in August as the world athletics body has not yet set the criteria for ruling if he can compete with his prosthetic leg.

Nicknamed 'Blade Jumper', the 2012 Paralympics gold medalist and 2014 German long jump champion hopes to become the second athlete with a carbon fibre running blade to compete in the Olympics after South Africa's Oscar Pistorius in 2012.

But a new rule by the International Association of Athletics Federations (IAAF) requires amputee competitors to prove their prosthesis gives them no added advantage over other athletes.

Competition Rule 144.3(d) bans 'the use of any mechanical aid, unless the athlete can establish on the balance of probabilities that the use of such an aid would not provide him with an overall competitive advantage over an athlete not using such aid.'

In order to present his case to the IAAF, Rehm, who beat able-bodied athletes with a jump of 8.10 metres at the Glasgow Indoor Grand Prix in February, has asked for the criteria for this regulation but still not received a reply.

"The IAAF is reviewing the testing that was conducted by our German Member Federation DLV on Markus Rehm last year," an IAAF spokesperson said.

"Upon review of those test results, the IAAF will consider what criteria is required to be met ... in this particular case," the official said without providing a specific date.

Rehm, who could not be reached immediately for a comment, has already complained that the case was dragging on, putting his chances of Olympic participation at risk.

But as things stand now, the 27-year-old, who lost his lower right leg in a boating accident as a teenager, will not be picked for Germany.

"As to the current position regarding the Olympic Games in Rio, the IAAF has again rechecked with our Member Federation DLV and with respect to their actual legal situation Mr Markus Rehm will not be nominated by the German DOSB to compete," the IAAF official said, referring to the German Olympic Committee.

"That is a very specific answer from the people selecting Rehm for the Games, which is the German DOSB, and is nothing to do with the IAAF."

Rehm recently threatened legal action as a last resort if the IAAF was seen as stalling.

"[Legal action] would be the last resort," he told reporters last month. "But if I feel I am treated with a lack of respect and not being taken seriously, then I would use that option."

The Rio Olympics begin on 5 August, with the long jump qualifying and final competitions set for 12-13 August. 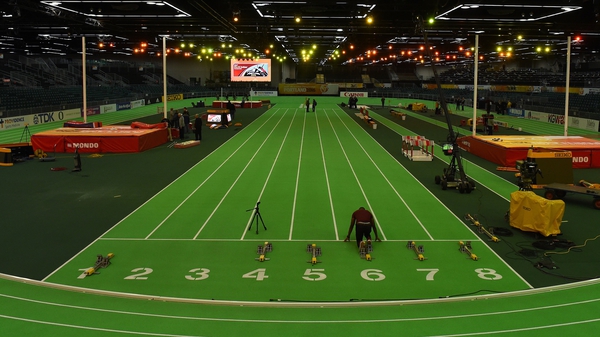 Column: No place for Russian athletes in Rio