The head of world athletics Sebastian Coe faced fresh allegations about his involvement in the controversial award of the 2021 world championships to the American city of Eugene, but insisted he had acted fairly throughout.

In April this year the hosting rights were surprisingly awarded without a bidding process, much to the surprise of the Swedish city of Gothenburg, which was in the process of preparing to present its own case.

The then-president of the International Association of Athletics Federations (IAAF) Lamine Diack supported the idea of giving Eugene hosting rights.

But in the light of the 82-year-old being investigated by French authorities over a doping corruption scandal, many observers have questioned the validity and transparency of the decision.

On Tuesday the BBC published internal emails it said it had obtained from Nike, the sportswear company closely linked to Eugene and which pays Coe a retainer, which it claims suggest Coe also gave support to the US city's bid.

The emails have raised questions about whether there was a conflict of interests in Coe, who succeeded Diack as IAAF chief in August, supporting Eugene's bid given his links to Nike.

One email from January this year from Nike marketing executive Craig Masback to Vin Lananna and Robert Fasulo, both from "Track Town USA" - the organization behind Eugene's bid, reads:

"He (Coe) made clear his support for 2021 in Eugene but made equally clear he had reached out to Diack specifically on this topic and got a clear statement from Diack that 'I am not going to take any action at the April meeting to choose a 2021 site'."

The IAAF also published the email on its website on Tuesday, along with answers Coe gave to questions on the issue.

"I did not lobby anyone on behalf of the Eugene 2021 bid," Coe said. "After their narrow defeat (to Doha) for the 2019 world championships I encouraged them to re-enter another bidding cycle as they had a strong bid.

"All my interests were, and continue to be, fully declared to the IAAF Ethics Committee and listed at the House of Lords." 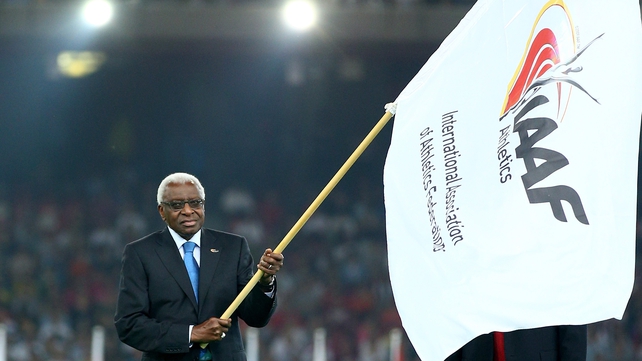 Coe said he always thought there would be a bidding process until Diack told the Council "there were political and financial considerations in terms of the way the funding package came together for Eugene that may not be present again and we should award 2021 to Eugene."

The Council voted, in secret, 23-1, with one abstention to give the event directly to Eugene.

Despite Coe's explanation, Bjorn Eriksson, leader of the Gothenburg bid at the time and former head of Interpol, told the BBC: "The idea we don't even get the chance to deliver an offer, we don't get the chance to be judged. That makes me still furious. It smells and it has to be investigated."

However, an IAAF spokesman told Reuters: "There is nothing to revisit. This was a democratic decision of the IAAF Council."

A further IAAF statement on the issue released earlier this week said: "Sebastian Coe sought the advice of the IAAF Ethics Commission when he was appointed to the role as Chairman of the Evaluation Commission for the 2019 World Championships, and openly declared his interests, as he has consistently done. On that basis his long-standing role with Nike has never been seen, nor is it seen, as a matter of ethical concern."

Despite the IAAF and Coe's fighting rearguard, the questions are unlikely to go away and such a backdrop is the last thing the IAAF needs as it attempts to deal with arguably the worst doping crisis in the sport's history.

Its Council, which meets again in Monaco on Thursday, has banned Russia from all athletics following the publication of the World Anti-Doping Agency's (WADA) independent commission report that uncovered systematic and widespread state-supported doping and cover-ups in the country.

The commission said it had more findings, critical of the IAAF, which it would reveal later in the year following the conclusion on an Interpol investigation into corruption within the organization.

Coe, a double Olympic 1500 metres champion, will appear before a British Parliamentary committee next week when he will be grilled again about his role.

The BBC said on Tuesday that Coe had been given £67,000 of public money towards his presidential election campaign, a figure he has publicly acknowledged.

British Member of Parliament Damian Collins, a member of that committee and a long-standing campaigner against corruption within soccer's governing body FIFA, said on Tuesday: "Seb Coe should end his job with Nike if he is to continue as president of the IAAF.

"The perception of conflicts of interests is too great." 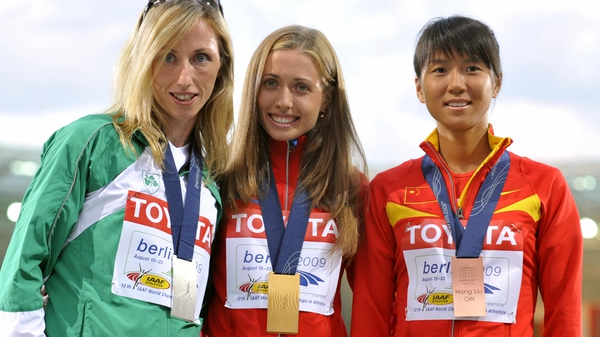