IAAF president Sebastian Coe has admitted he should have seen the warning signs before athletics became engulfed in its current doping crisis.

Coe acknowledged that he and his colleagues should have been ‘more alert’ during the events which led to the decision to provisionally suspend Russia following revelations of systemic doping.

Coe was elected president of athletics' world governing body in August after spending eight years as deputy to Lamine Diack.

Diack is being investigated by French police on suspicion of having taken more than €1 million in payments to cover up positive drugs tests.

"The best way to protect clean athletes is to be unflinching in our commitment to them and not just in words,” said Coe.

"We have to create structures that are always in their corner and here none of us come out very well, including my federation.

“The architecture of anti-doping has failed them."

It took a German television documentary to expose the doping scandal, leading to the three investigations which exposed Russia's wrongdoing.

"Could I, should I have inserted myself into the three independent investigations?” asked Coe. “Possibly. Should we all have been more alert and in tune with our natural instincts? Almost certainly.

"That is probably the toughest truth to face, but the sport must if we are to start our recovery. And the search for the answer will be my North Star."

The IAAF on Sunday night responded to claims from a member of WADA's independent commission about the possibility of it being banned from the Rio Olympics.

Richard McLaren was quoted by ABC NewsRadio as saying the suspension of the IAAF could be a possibility when WADA releases further details from its report.

There was a redacted section on the IAAF because of the ongoing criminal investigation by French police into Diack.

"Well that might well be some of the recommendations that come forward when we do the second phase of our report," he said.

But the IAAF said in a statement: "Our job right now is to focus on the work that needs to be done to make ARAF (Russian athletics federation) compliant with the IAAF and, together with WADA, compliant for re-entry into international competition.

“We will continue to work alongside WADA with whom we developed the athlete biological passport (ABP) to review its processes and, if any failings are found, redress them and we have already begun a root-and-branch reform programme within the IAAF." 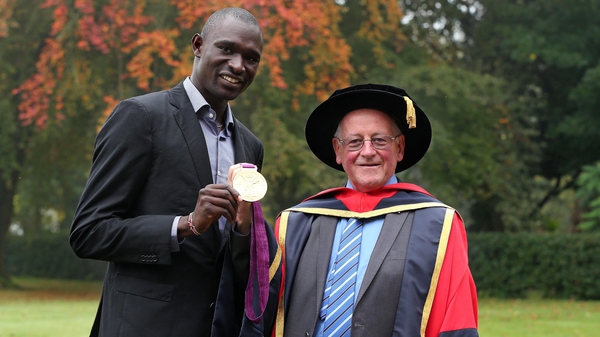