Athletics Ireland are hopeful that Rob Heffernan will be rewarded with the bronze medal from the London 2012 Olympics in the wake of the damning report that recommended Russia's suspension from all athletic competition.

On Monday, the World Anti-Doping Agency recommended that IAAF carry out the suspension in the wake of what they agreed amounted to state-sponsored doping.

Commenting on the latest controversy to hit the sport, Athletics Ireland Chief Executive John Foley told RTÉ Sport: "We are appalled, shocked and disturbed by the report that came out yesterday.

"When I look at the findings in writing, it is very much a watershed in our sport. It now needs strong leadership and we need to take swift and decisive action to ensure that the sport gets back the respectability it needs to go forward.

When asked to reassure the Irish public that Irish athletics is clean, Foley's response was emphatic.

"Absolutely," he replied. "We work very closely with the Sports Council who are the testing body. Our athletes are tested on an ongoing basis and I'm absolutely convinced our athletes are clean.

"In fact a number of them have benefited from a number of positive tests from other athletes. We have got a number of medals over the last few years and I suppose the one that we are still waiting for Robert Heffernan for 2012."

Heffernan finished fourth in the 50km walk at the London Olympics. Russia's Sergey Kirdyapkin, who won gold by smashing the Olympic record, has since been banned. Kirdyapkin's results for August 2012 were not touched but this is still under investigation.

Commenting further, Foley said: "The WADA report refers to Sergey Kirdyapkin who won the gold medal in London. Some of the detail would say that he had over ten tests over a 12-month period and that they were all normal findings in nine of those tests."

"That case has been referred to the Court of Arbitration for Sport and my understanding the findings will be made public either on the 2 or 3 December this year. We won't have long to wait and hopefully justice will be done. Robert Heffernan, who has worked all his life as a clean athlete, will actually get his medal." 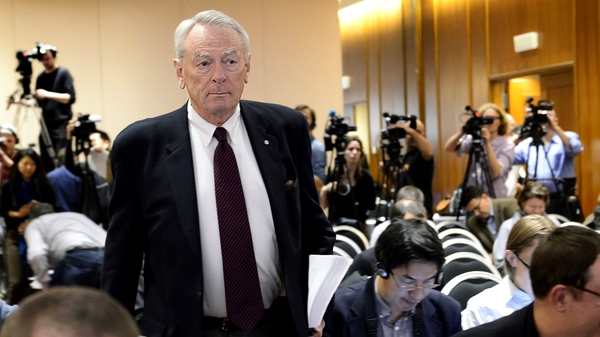