There was disappointment for the Irish competitors in action this morning at the World Athletics Championships in Beijing.

Ciara Everard finished seventh and last in her 800 metres heat in a time of 2.03.98 seconds.

Ben Reynolds placed seventh in his 110m Hurdles heat, clocking 13.72 seconds and failing to qualify for the semi-finals.

"I think it was just tactics, I got it wrong," said the Kilkenny woman afterwards.

"I couldn’t position myself well for the first lap. Coming into it I didn’t know where my form was at but I felt really good in the race, it was kind of stop-start, tactically."

"It was crap preparation the last 10 days," said Reynolds after his race.

"I did an especially fast day Saturday (11 days ago), and I hurdled that day and my lead leg was sore the day after. I was just resting for the last eight days.

"I got an old hip problem that takes about ten days to settle. It’s a soft-tissue problem. It happened on the training camp.

"I’m pleased I raced. The first half of the race was good enough but then I started to fade."

The evening session saw Kelly Proper compete for a place in the semi-finals of the women's 200 metres.

However, the 27-year-old finished sixth and last in her heat. Her time of 23.28 was just outside her season’s best of 23.24, but it was not enough to claim one of the three fastest loser spots.

Meanwhile, Britain's Mo Farah regained his balance after stumbling and almost falling to the track in the heats of the men's 5,000 metres to book his spot in the final.

Fresh from his victory in the 10,000m final, where he also overcame a stumble on the last-lap, Farah just managed to stay on his feet after being clipped by another runner. 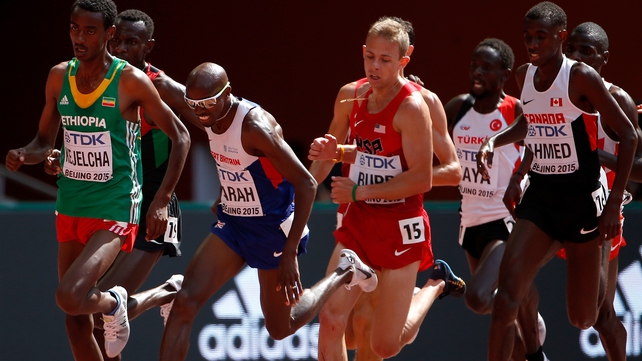 The 18-year-old Kejelcha crossed the line first in 13 minutes 19.38 seconds, with a relieved Farah just 0.06 in arrears.

"I tripped, somebody nearly took me down, just caught my leg," Farah said in a trackside interview at the Bird's Nest stadium.

"It happens, I have such a long stride, so often people catch my leg."

Farah, 32, won the 5,000m at the last two world championships and is bidding to become the first man to win the event three times.

He is also striving to repeat his 5,000m-10,000m double from the last world championships and the 2012 London Olympics but is taking nothing for granted.

"That was good to get the heats out of the way, it was nerve-wracking," Farah said.

"Sometimes you're expected to get to the final but it doesn't quite happen so it's important that you take care of the rounds and get ready for the final."

Kenya's Eunice Sum, the defending champion in the women's 800m, easily won her heat to advance to the semi-finals of the two-lap event.

Sum won her heat in 1:59.67, the fifth best time overall, with Maryna Arzamasova of Belarus topping the qualifying in 1:58.69, just ahead of Britain's Lynsey Sharp and South Africa's Caster Semenya, the 2009 world champion.

American David Oliver, another defending world champion, set the quickest time in the heats of the men's 110m hurdles, stopping the clock at 13.15.

He was just 0.10 ahead of his countryman Aries Merritt, the 2012 Olympic champion and world record holder.

Pichardo won the silver medal at the last world championships and topped the qualifiers with a leap of 17.43m, with Taylor second overall with 17.28.

Poland's Anita Wlodarczyk, one of the biggest favourites to win gold in Beijing, topped the qualifiers for the women's hammer throw. 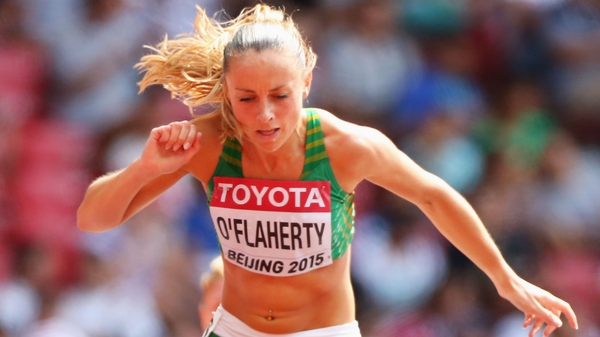 Disappointment for Irish athletes in Beijing