Donegal’s Mark English finished fourth in his 800m semi-final heat, outside the automatic qualification spots. However, his time of 1:46.23 was faster than the winning time in the other semi-final heat, meaning he qualifies for the final as a fastest loser. He will run in the decider on Friday at 1855.

Thomas Barr failed to qualify for the final of the 400m hurdles after finishing third in his semi-final heat at  the European Track and Field Championships in Zurich.

The Dunmore East athlete was ranked number one in Europe but could not manage one of the automatic qualification places and his time of 49.30 was slower than the third and fourth placed finishers in the final semi-final.

Amy Foster also bowed out of the Zurich championships as she finished eighth in her 100m semi-final in a time of 11.79 seconds.

Meanwhile, Richard Morrissey and Brian Gregan also failed to progress in Switzerland as they were eliminated from the 400m semi-finals, finishing eighth and sixth respectively.

Earlier, Christine McMahon got the day off to a successful start when coming through her heat this morning. The Ballymena and Antrim AC woman finished third in the 400m hurdles.

McMahon made a positive start to the race on the second time of asking after the Danish athlete Sara Peterson was disqualified.

In a dramatic race she stayed focused and finished third in a time of 57.16 which was just outside her personal best.

McMahon said afterwards: “I’m delighted with that performance. The conditions weren’t ideal; a false start in the race and the girl beside me fell into the lane.

"I ran just 2/10ths off my personal best, I’m happy with that, solid enough and I’ll focus on the semi-final. I just go back eat and rest and get my mind set for tomorrow evening.” 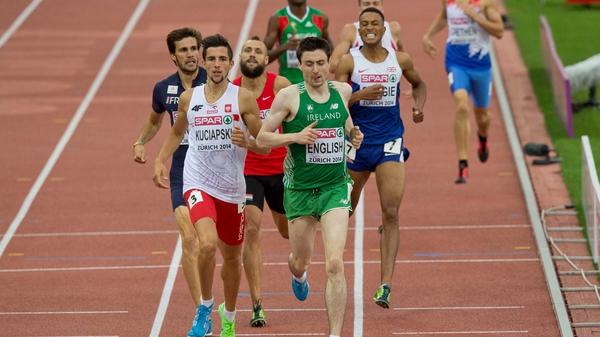