There are so many ways to enjoy RTÉ Radio. This page gives a comprehensive list of what stations are available on what platforms (FM, DAB, web, etc.) and provides some basic instruction on the steps necessary to begin listening.

The sections covered are as follows:

Below are the RTÉ Radio stations that are distributed using analogue radio signals. They are broadcast terrestrially over the air using traditional broadcast transmitter masts and on cable systems installed in some cities around the country.

These are the RTÉ Radio stations that are broadcast using analogue radio signals from RTÉ NL’s transmission masts around the country. More detailed information is available below the tranmission map, but in general the frequencies for the stations fall into the following ranges: 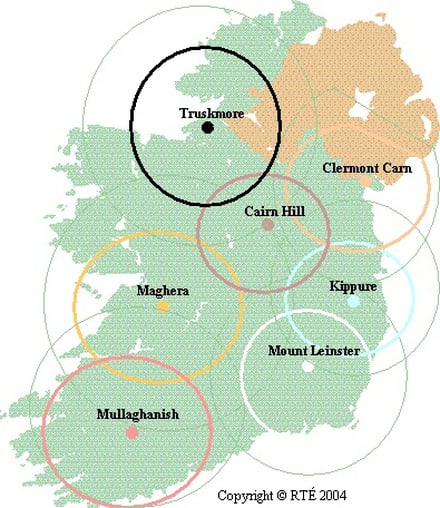 Several VHF FM main transmitters in strategic positions transmit our FM service thoughout the entire country. These can provide good signals well outside the main reference circles shown on the map above.

Additionally many auxiliary transmitters serve local areas where signals from the main transmitter are known to be weaker.

RTÉ also broadcasts from Summerhill on 252 kHz Longwave. These transmissions can be recieved on the island of Ireland and in many parts of Britain.

In addition to the analogue terrestrial transmissions detailed above, Dublin, Galway, Cork and Waterford have RTÉ Radio services on the UPC analogue cable system. Click the link to see details of frequencies in each area.

A DAB (Digital Audio Broadcast) Radio is the only receiver at present that is capable of receiving all of RTÉ’s transmitted radio content. The RTÉ NL DAB MUX (multiplex) on channel 12C – 227.360 MHz has 54% population coverage and is available in Cork and Limerick cities and the greater Dublin area. In addition to the four main FM stations, the following Digital only stations are on offer:

To tune these stations in for the first time, select ‘auto-tune’ or ‘scan’ on your Digital Radio. The Dab Ireland MUX 1 along with all of the stations it contains will be found and stored in your radio. From this point on, the stations are available in a simple list on the radio’s display. While each radio model differs, selecting is usually done by turning a knob and pressing ‘Select’. You may wish to consult the Digital Radio Re-Tuning page for further details in the event that following the above hasn't worked.

RTÉ Radio is distributed digitally via satellite and on cable systems within Ireland and the UK. When the appropriate set-top-box has been installed correctly, station selection can be made by typing the relevant channel number on the device’s remote control.

To access SAORVIEW for free, you need an aerial and a SAORVIEW Approved set-top-box for you old TV or an aerial and a new SAORVIEW Approved TV. When you plug in your new equipment, follow the steps on-screen and it will automatically tune in the services. All RTÉ’s radio services and programme guides are listed on the SAORVIEW EPG, from channel 200 to 209. You can find out more about SAORVIEW at www.saorview.ie

This section is for those who want to manually tune their digital satellite receiver to RTÉ Radio. See the section below for Sky and Sky+ channel numbers. 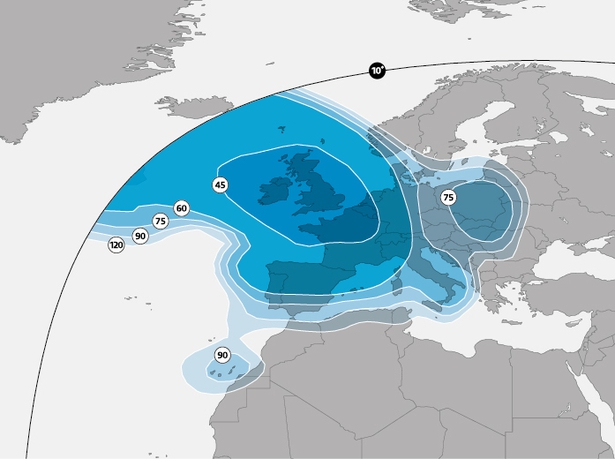 You can listen live to RTÉ Radio using the new RTÉ Radio Player. You can also use it to listen back to clips from various shows across RTÉ Radio.

The RTÉ Radio website provides many links to listen to clips and full shows from the family of RTÉ Radio stations.

If you have an internet radio connected to the net, you can browse through it's directory to find the full compliment of RTÉ Radio services. Devices differ, but generally you can quickly find RTÉ Radio services by selecting Europe, followed by Ireland and finally selecting the station you desire. See your specific device's instructions for more directions.

You can also subscribe to podcasts of RTÉ Radio content. This allows software on your computer to automatically download clips from RTÉ Radio when they become available. The subscribe links can be found on the pages of shows that have podcasts, or can be found in the RTÉ Radio Podcasts section of the website.

In addition to the FM receiver included on many modern phones, the following Apps are available for a selection of popular phones on the market:

In April 2015, the Irish Radioplayer app was launched. RTÉ and the Independent Broadcasters of Ireland have collaborated to launch the App that brings Irish Radio stations to your Android and Apple devices. And what's more, it's really simple to use. Visit radioplayer.ie to download and dive in!

If your queries about how to listen to RTÉ Radio aren't covered in this section, send your query to hearus@rte.ie.