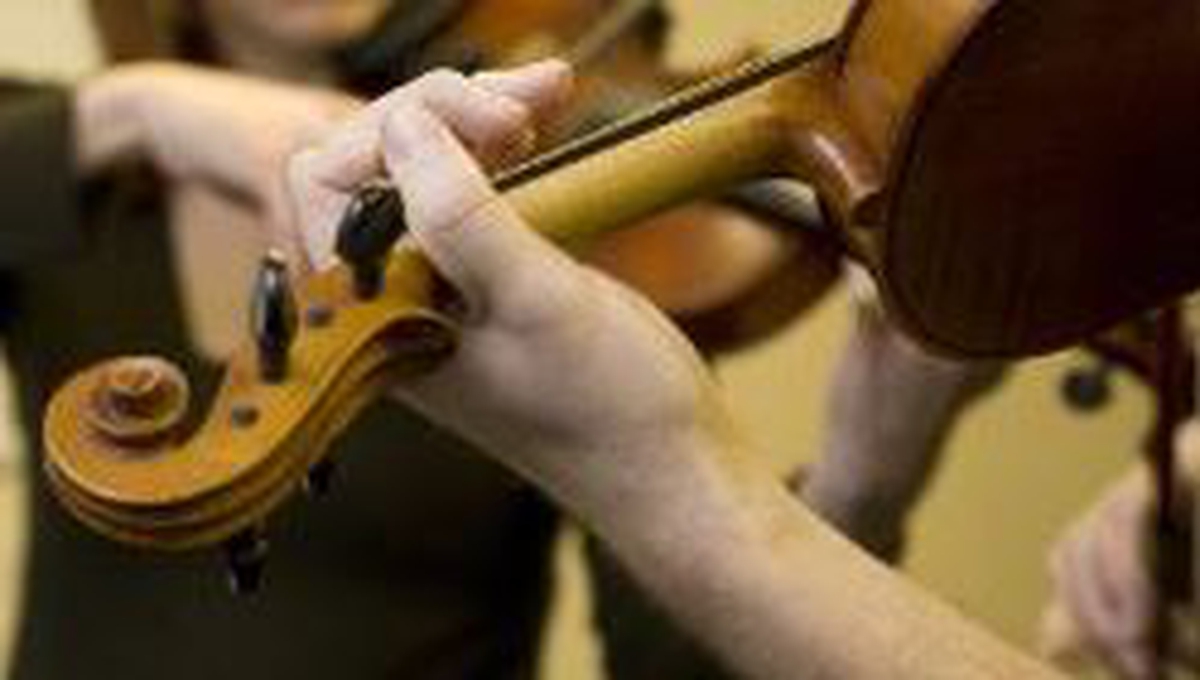 A radio documentary about the magic of playing the fiddle.

In The Fiddler's Frenzy, Aoife Nic Cormaic presents a bi-lingual feature about fiddle players and the magic of fiddling - clár dhátheangach a bhreathnaíonn ar an ndraíocht a bhaineann le ceol na fidile.

The fiddle is one of the most popular instruments in Ireland and evidence suggests that this has been the case throughout history - indeed there is evidence of bowed instruments in
Dublin dating back even as far as the 11th century.

Over the centuries the form of the fiddle (or violin) has developed and the one now seen played, only emerged in Italy in 1550. But its popularity has never waned and tin fiddles were even used in some areas when wooden ones were harder to come by.

For some people the attraction of the fiddle is its closeness to the human voice, its range and adaptability. It is also a very beautiful instrument, which is equally at home playing jazz, bluegrass, classical music, folk or traditional music.

In the documentary, Aoife Nic Cormaic talks to fiddle players - including Martin Hayes, Mairéad Ní Mhaonaigh and Charlie Lennon about the attraction of the fiddle.

Listeners will also hear voices from the archives speaking about their love of fiddles and fiddle music.

Aoife also talks to fiddle maker Kieran Crehan, and to writers and folklorists about the fact and the fiction associated with the instrument.

"The Fiddler's Frenzy" was first broadcdast on the 5th March 2003.

It was part of a short season of bi-lingual documentaries called 'Fusion' in the Documentary on One slot on RTÉ Radio 1.