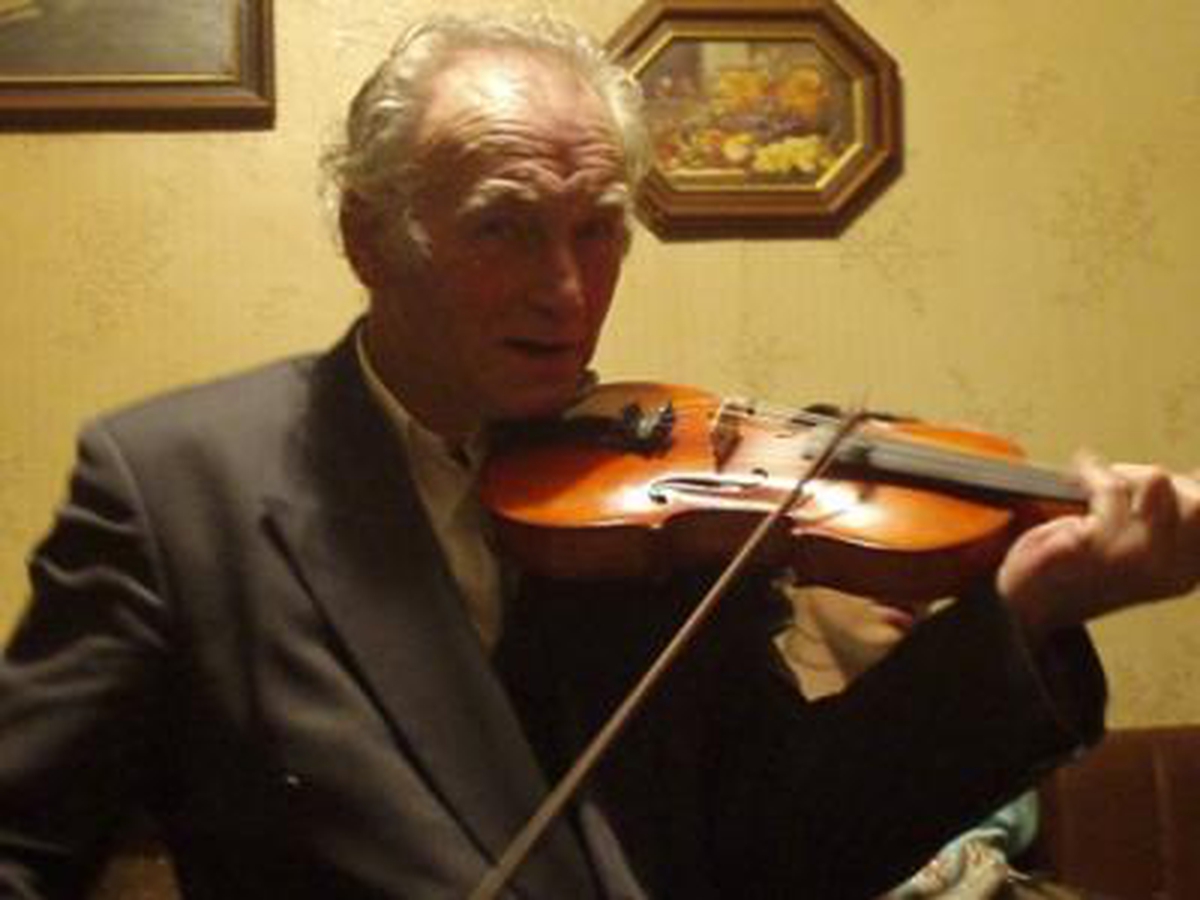 The Balloon in Brosna

A radio documentary about the fiddle player and self proclaimed legend from Brosna, Co Kerry - Con Curtin

Con was born in Brosna, Co Kerry in 1925. Every year the village of Brosna holds a festival in his honour.

Con's life story has a Rabelaisian quality to it. Apprenticed as a blacksmith - a trade with no future he points out - he left for the promise of London at an early age. There he worked as a ganger for Murphy for ten years, tunnelling beneath the streets of the city, before becoming a publican.

His 14-year tenancy of The Balloon in Chelsea passed into London folklore. The Balloon was renowned as a place that rarely closed for business - pushed by a policeman on one occasion Curtin defined his opening hours as from January until December.

He played music on the Topic album, Paddy in the Smoke, recorded in London in the 1960s and regarded by many as the finest live recording of traditional music ever made.

Musically Curtin is defined by Sliabh Luchra and by his time in London. Brosna is — for him — the place that music comes from and his life has been defined by that music and the people he met through it. Con Curtin was one of the last of his kind: a natural storyteller.