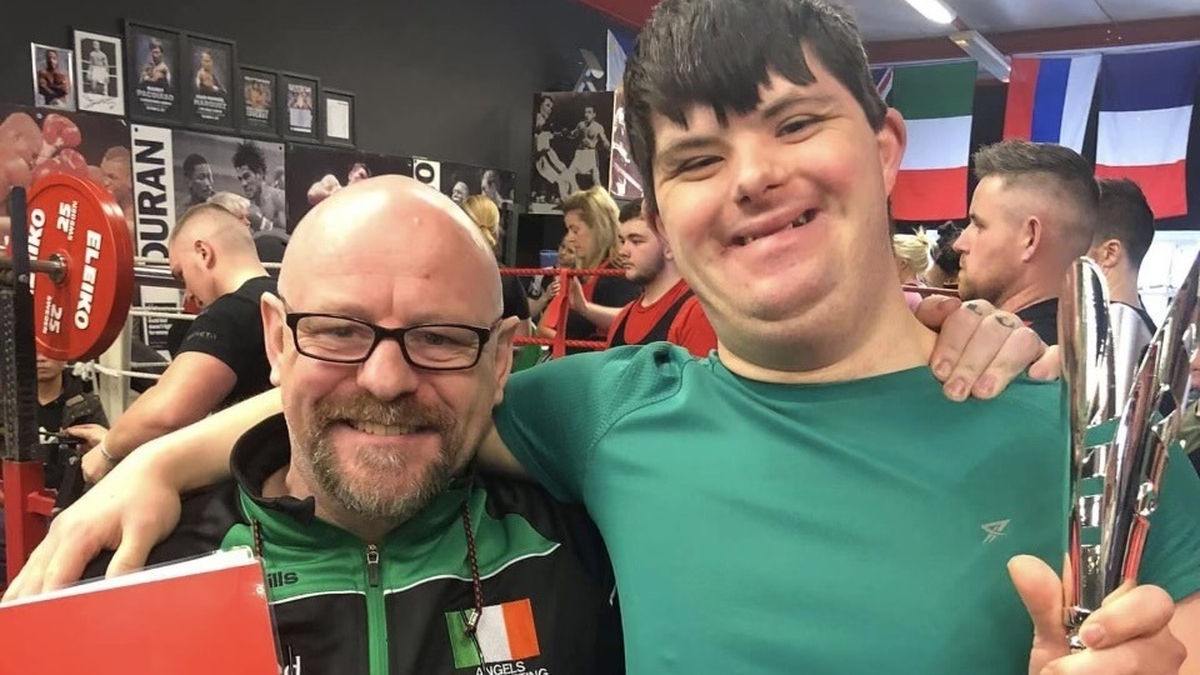 Reg Byrne was born with spina bifida into a violent, alcoholic home. He was also illiterate but despite all this he changed the lives of so many through the most unlikely of avenues. (2022)

Reg Byrne was born and brought up on Monkstown Farm, near the Dublin seaside town of Dun Laoghaire which, in the 1970s, was a tough neck of the woods. He had spina bifida which has many manifestations but in Reg's case it specifically affected his legs which makes what he ended up doing all the more remarkable. His mother was an alcoholic. She was also violent in the home in which he and his brother had a tough time.

He was in trouble at school from an early age. He was angry as a result of his home life which was not made any easier by the fact that he wasn’t walking normally through his disability. Although he could defend himself he always felt that the other children would single him out because he walked differently.

By the age of nine, violence was engrained in Reg's life. His father was a builder and he provided them the first driveway on the road. They used it to fight anybody who would take them on and these bouts would draw a crowd from the local area.

Drugs were an endemic problem in Dun Laoghaire and it was inevitable that Reg would succumb. Although heroin was rife in the neighbourhood, at the age of 8 he got into glue sniffing. The addiction became so severe he was in a drug rehabilitation programme by the age of 9. Reg’s life was going down the tubes.

One day on Monkstown Farm he was in trouble for fighting with a neighbour. A local man witnessed it and told Reg to meet him the next day. Reg trusted him and agreed to meet him. He was brought to a local boxing class. It changed his life. He suddenly had a disciplined cohort and a vent for his anger in a controlled environment.

While this was happening, Reg was about to be expelled from school and he could neither read nor write. He was attending the boxing class but was still not in a boxing club. On one of his last days walking home from school he saw a metal door. There was a lot of noise behind it. He knocked on the door and was told, in no uncertain terms, to clear off. He went back the next day, said he was being bullied and was immediately taken in. In Reg's own words walking through that door was like "walking into heaven".

Despite the spina bifida which affected his legs he went on to fight for a national kick boxing title and met his wife, Catherine who are happily together after 36 years. He is now a world class coach and is currently on the training team of a boxer who great things are predicted for. He also has a passion for training children with disabilities.

This documentary is narrated by Reg's daughter, Megan. She went from being bullied in school to being a world champion power lifter and a burgeoning singer-songwriter of some renown.

Counterpunch is the story of a boy with no hope who made an extraordinary impact.