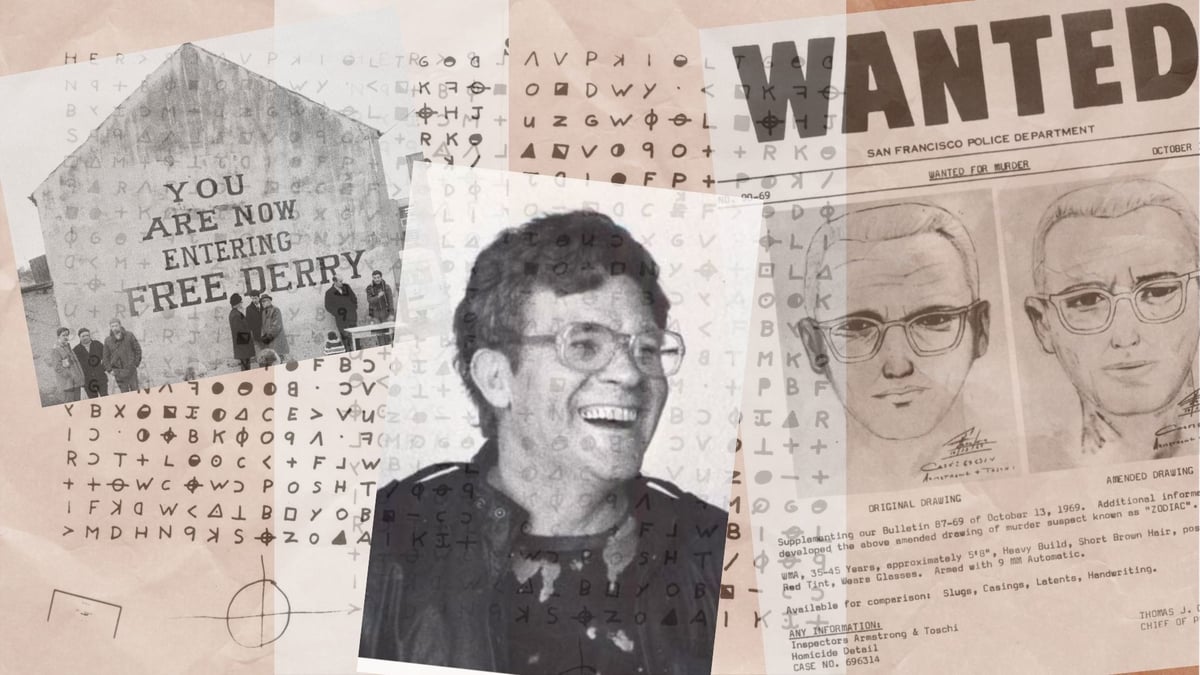 Could there be a connection between one of the greatest unsolved crimes and Ireland? We delve into the world of anarchy, pirate radio, 1960s San Francisco & modern-day online amateur detectives to try to crack the case of the Zodiac Serial Killer. (2022)

One of the greatest unsolved crimes in America is the case of a mysterious serial killer at large in the late 1960s. He claimed to have killed 37 people. He taunted the police with letters and riddles, and terrified the population of California with his random killings. And he gave himself a name – 'the Zodiac'.

In the fifty years since the Zodiac carried out his brutal attacks, thousands of names of possible suspects have been put forward. Books have been written; Hollywood films have been made. Amateur sleuths obsess over it and unpick the lives of the many ‘suspects’.

But the Zodiac killer has never been conclusively identified.

Among the thousands of people that have been nominated by members of the public as suspects is a man called Richard Gaikowski. Richard Gaikowski died in 2004 so he isn’t here to defend himself against the charge of being a serial killer.

But when police first took a closer look at him back in the 1990s, they discounted him because he provided an alibi – he was in Ireland hanging out with Derry anarchists and revolutionaries at the time of the killings.

One of the many amateur sleuths that make up the online community of Zodiac detectives is a man from county Louth. His name is Damien O’Sullivan and his hobby is genealogy.

He spends hours trying to unravel the unsolved crimes and one of his favourite subjects is that of the Zodiac. And the suspect that he thinks is most likely to be the Zodiac is Richard Gaikowski. Damien realised that, being in Ireland, he was in a good position to try to dig deeper into Richard Gaikowski’s claim that he was out of the United States at the time of one of the Zodiac killings.

And in this investigation, rabbit-holes are explored, coincidences are lined up and conclusions are drawn, as we question was Richard Gaikowski really in Ireland when he said he was? Could he be the infamous Zodiac killer? And how do we humans really decide what we believe anyway?

With thanks also to Bob Moore of Sand Lake Historical Society.

Tom Voigt's website, as mentioned in the documentary is www.zodiackiller.com