Soggy Californians yesterday wearily endured their ninth successive storm in a three-week period that has brought destructive flooding, heavy snowfalls and at least 19 deaths, and forecasters said more of the same loomed for another day.

"Rain and heavy mountain snow to continue across the West," the National Weather Service (NWS) said.
30 to 91 centimeters of new snow fell over the weekend in parts of California's Sierra Nevada range.

Some areas of the central Sierra have received more than seven feet of snow in the last seven days, a research station run by the University of California at Berkeley reported. And the white stuff just keeps falling.

"Periods of moderate to heavy snow will continue into Monday," the NWS's Sacramento office tweeted.

US President Joe Biden declared a major disaster in the country's most populous state late on Saturday evening, allowing the federal government to expedite aid - including help with temporary housing and repairs - to Californians hit by flooding and landslides.

Drier weather appeared in the offing later in the week for a state more used to drought than to deluges that have flooded farm fields, closed major highways and inundated some urban areas.

More than 11,000 homes remained without power in California yesterday, according to poweroutage.us.

Parts of coastal California received a brief break in the rain, and residents there took advantage of the less inclement weather.

On a beach in Santa Cruz still covered with flood debris from the San Lorenzo River, 29-year-old Evan Short and three friends found room for a volleyball game.

"I saw a little break in the weather and convinced a couple other desperate friends to join us," Short, a data analyst, told AFP.

But much of the state was still struggling to cope with weeks of flooding and sometimes with personal disasters.

"I'm so angry, it just makes me want to cry," said Camilla Shaffer, a Briton in the northern town of Felton whose house flooded for the third time in two weeks.

Amberlee Galvin, a chef at a local restaurant, said her front room was inundated.

"Within 10 minutes it had flooded completely to the ceiling. It happened crazy fast," the 23-year-old said. "We had to get canoed out by a neighbor."

An AFP journalist saw the Salinas River overflowing its banks in many spots, at times covering farm fields for hundreds of yards, as rain continued under leaden skies. 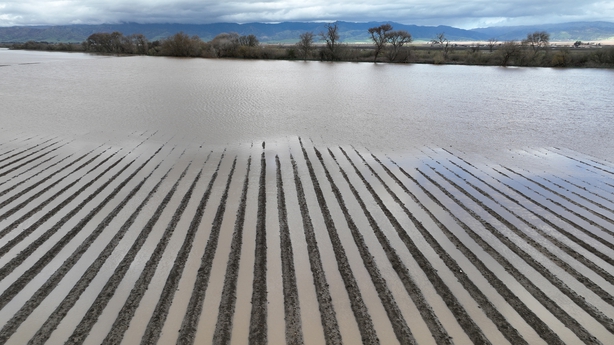 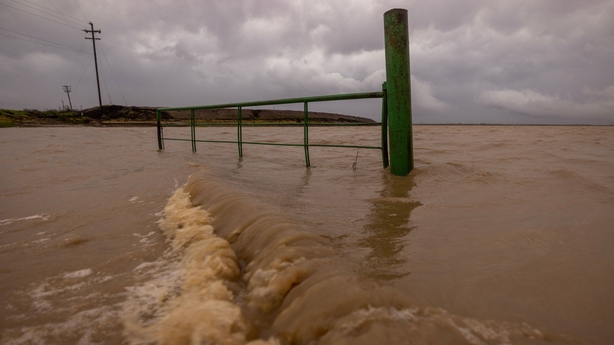 In Spreckels, a community a few hundred yards from the Salinas River in central California, most residents opted not to evacuate despite warnings from authorities.

"It looks like we might have missed kind of the worst of it," said Robert Zagajeski, out walking his dog.

But Governor Gavin Newsom urged Californians to remain vigilant and exercise "common sense over the course of the next 24-to-48 hours."

Between the repeated storms of recent weeks, workers have rushed to clear some of the mess, shoveling mud from roads and using heavy machinery to remove fallen trees or clear rockslides.

Winter storms are not unusual in California. But global warming is making them wetter and more powerful.

The past three months in San Francisco have been the rainiest - with 20 inches of rain in the period - since the winter of 1972-73.

Despite that, the farm fields of California, a breadbasket to the country, have yet to fully recover from years of drought.