Iranian Supreme Leader Ayatollah Ali Khamenei has said protests over the death of a woman in police custody were planned and not staged by "ordinary Iranians", in his first comments on unrest that has swept the country since 17 September.

However, he said "some people had caused insecurity in the streets", adding there had been planned "riots".

He expressed strong backing for the security forces, saying they had faced injustice during the protests.

Classes have been suspended and moved online at Iran's leading scientific university, after clashes erupted overnight on a Tehran campus between students and security forces, according to local media.

"Sharif University of Technology announced that due to recent events and the need to protect students ... all classes will be held virtually from Monday," Mehr news agency reported.

The anti-government protests, which began at Ms Amini's funeral on 17 September in the Kurdish town of Saqez, have spiralled into the biggest show of opposition to Iran's authorities in years.

Many protesters have called for the end of more than four decades of Islamic clerical rule.

Ms Amini was arrested on 13 September in Tehran for "unsuitable attire" by the morality police who enforce the Islamic Republic's strict dress code.

She died three days later in hospital after falling into a coma.

The lawyer for her family told the semi-official Etemad online news website that "respectable doctors" believe she was hit in custody.

Ms Amini's post-mortem report and other medical details have not been released, but her father said he saw bruises on her leg and that other women detained with her said she was beaten.

Iran's police authorities say Ms Amini died of a heart attack and deny she was beaten to death in custody.

The country's President Ebrahim Raisi has ordered an investigation into Ms Amini's death. He said last week that a forensic report would be presented in the "coming days". 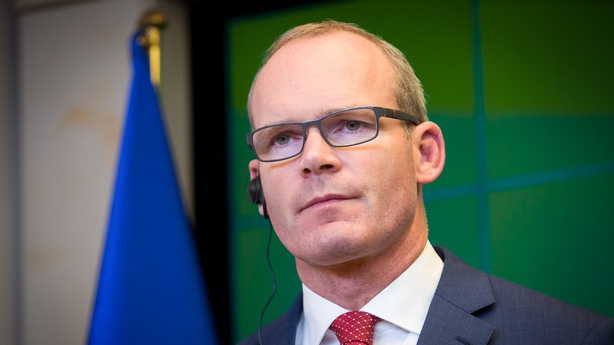 The Minister for Foreign Affairs Simon Coveney has condemned what he calls the "disproportionate and unjustifiable response" of Iranian authorities to the protests.

He also condemned the "disproportionate use of force against peaceful protests and the decision to severely restrict access to the internet" as a breach of the fundamental rights of freedom of speech and assembly.

He added: "Ireland puts gender issues and the empowerment of women and girls at the forefront of our foreign policy and we will continue to champion these issues in our dialogue with international partners and during our tenure on the UN Security Council."

He said Iran had signed the Universal Declaration of Human Rights and adopted the Beijing Declaration and Platform for Action, committing it to the full implementation of the human rights of women and girls.

Germany, France, Denmark, Spain, Italy and the Czech Republic today all submitted proposals for new EU sanctions against Iran for the suppression of the protests according to a report in Spiegel magazine, citing sources.

EU foreign ministers will make a decision on these at their meeting on 17 October, with no resistance expected from the members of the bloc.

Students had been protesting at numerous universities yesterday and demonstrations were held in several cities such as Tehran, Yazd, Kermanshah, Sanandaj, Shiraz and Mashhad.

The protests have not abated despite a growing death toll and the crackdown by security forces using tear gas, clubs, and in some cases, according to videos on social media and rights groups, live ammunition.

Iran Human Rights, a Norway-based group, in a statement said that "so far 133 people had been killed across Iran", including more than 40 people it said died in clashes last week in Zahedan, capital of the southeastern Sistan-Baluchistan province.

Iran's utmost authority Supreme Leader Ayatollah Ali Khamenei has not commented on the nationwide protests, which have spread to Iran's 31 provinces, with all layers of society, including ethnic and religious minorities, taking part.

Ms Amini's death and the crackdown have drawn international criticism of Iran's rulers, who in turn accuse the United States and some European countries of exploiting the unrest to try to destabilise the Islamic Republic.

Iranian state media shared a video of pro-government students, who gathered at the Ferdowsi university in Mashhad, chanting "the Islamic Republic is our red line".

Earlier yesterday, Iranian MPs chanted "thank you, police" during a parliament session, in a show of support for a crackdown on widespread anti-government protests.

Amnesty International on Friday reported that hundreds were injured and thousands have been arrested in the protests.