Canadian cardinal Marc Ouellet has strongly denied claims of sexual assault made against him and said he was ready to prove his "innocence".

Cardinal Ouellet is accused of abusing a female intern, identified only as "F", from 2008 to 2010, when he was archbishop of Quebec.

The 78-year-old, who was once considered a strong candidate to be pope, was named in court documents this week relating to a class action suit targeting more than 80 members of the clergy in the archdiocese of Quebec.

He rejected the accusations in a statement, a day after the Vatican said it ruled out a formal church investigation.

"Having learnt of the false accusations made against me by the complainant, I strongly deny having made inappropriate gestures towards her," he said.

"I consider the interpretation and circulation of these allegations of sexual assaults to be defamatory.

"If a civil inquiry is opened, I will actively participate so the truth is established and my innocence is recognised", said the statement in French and Italian published on the Vatican website.

The claims against him in the civil suit, which the Quebec supreme court ruled could go ahead in May, are among the testimonies of 101 people who say they were sexually assaulted by members of the clergy and church staff from 1940 to today. 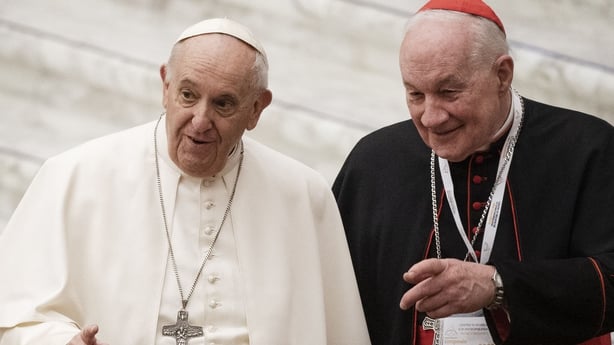 They surfaced just weeks after Pope Francis visited Canada, where he apologised for the decades-long abuse of Indigenous children in Catholic-run residential schools.

So far, the cardinal is not facing criminal charges.

Cardinal Ouellet's denial comes a day after Vatican spokesman Matteo Bruni said a "preliminary investigation" already ordered by Pope Francis had found there were "no elements to initiate a trial".

The pontiff went back to the author of that probe, Father Jacques Servais, and was told again there were no grounds for opening a formal investigation.

Cardinal Ouellet is a prefect of the Congregation for Bishops, one of the most important functions within the Curia, the government of the Vatican.

His accuser claims the cardinal assaulted her multiple times, kissing her, "forcefully" massaging her shoulders, and once sliding his hand along her back to her buttocks.

According to yesterday's Vatican statement, Fr Servais said he had interviewed the woman via Zoom in the presence of a member of the committee.

He was quoted as saying that neither in her report to the pope, nor in the testimony he heard, "did this person make an accusation that would provide material for such an investigation".

Since becoming pope in 2013, Francis has sought to tackle decades-long sexual abuse scandals, although critics insist much more needs to be done.