An online campaign has raised over €20,000 to build a statue in Norway for Freya, a beloved walrus that was euthanised by officials last weekend.

The walrus gained global attention after she was spotted basking in the Oslo fjord, attracting large crowds keen to spot the 600kg marine mammal.

She was put down on Sunday after officials said she was showing signs of stress and feared she was a threat to the public, who did not keep their distance as requested. 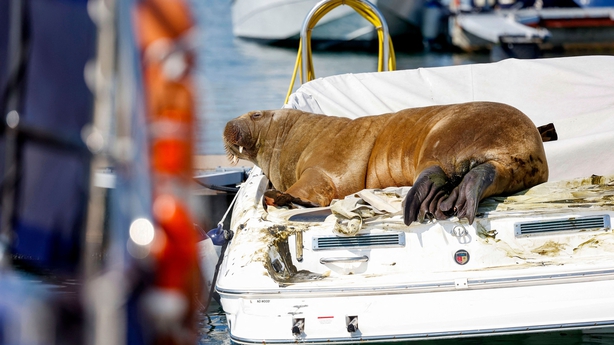 The campaign's organiser said the statue should serve as a reminder for future generations to protect animals.

"The culling of Freya sends the extremely negative message that Norway, and in particular Oslo, is not able to make room for wild animals," Erik Holm said on the fundraising website Spleis.no.

"By erecting a statue of the symbol that Freya has become in such a short time, we will remind ourselves (and generations to come) that we cannot and should not kill or erase nature when it is in our path."

Freya, estimated to be around five years old, had already been sighted in the United Kingdom, the Netherlands, Denmark and Sweden and chose to spend part of the summer in Norway.

She had made headlines since 17 July when she was first spotted in the waters of the Norwegian capital. 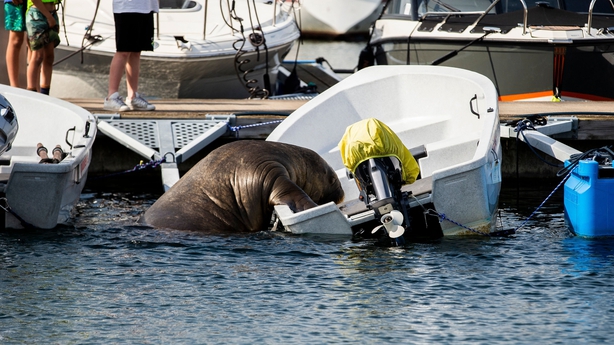 The walrus is a protected species that normally lives in the even more northerly latitudes of the Arctic.

Between long naps in the sun - a walrus can sleep up to 20 hours a day - Freya had been filmed chasing a duck, attacking a swan and dozing on boats struggling to support her bulk.

Despite repeated appeals, curious onlookers continued to approach the mammal, sometimes with children in tow, to take photographs.

Walruses do not normally behave aggressively towards humans, but they can feel threatened by intruders and attack.

Critics said the decision to put the animal down was rushed and did not take her wellbeing into account.

Officials said sedating Freya and moving her to a less populated area would be too complex an operation.