Christchurch's earthquake-damaged cathedral has reached a major milestone with the first people officially allowed to enter the building in more than a decade following the 2011 natural disaster.

A pair of restoration workers were the first officials to enter Christ Church Cathedral during a heavily-controlled inspection to check for structural concerns.

"We were very happy with what we saw inside the cathedral," said Keith Paterson, director of the Christ Church Cathedral Reinstatement project.

The cathedral, which was consecrated in 1881, was badly damaged after an earthquake with a magnitude of 6.3 devastated New Zealand's South Island city in February 2011 claiming 185 lives.

Site manager Gary Davidson led the two-man party who spent ten minutes making an assessment before work can start to stabilise columns in the cathedral's nave.

Mr Paterson said there had been meticulous planning in the build up to the highly-choreographed human inspection.

"There were no surprises, and in fact, some of the columns we inspected were in better condition than assumed," said Paterson.

"This is a significant and exciting moment for the project and stabilisation phase, which is now about 90% complete." 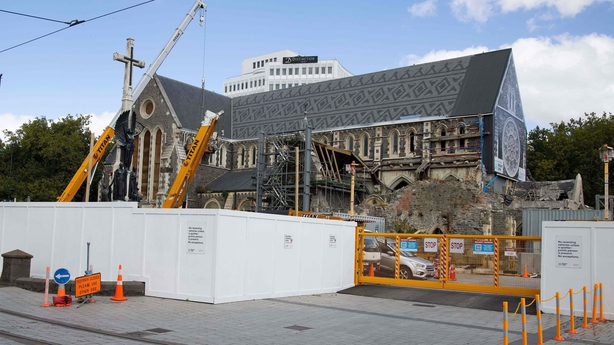 Safety work on the nave is one of the last major stages in the stabilisation phase, which once completed will open the way for restoration of the building to begin.

The project is scheduled to be completed by the end of 2027.