The pedalos lie far from the water's edge and the flat stone slabs around the Sirmione peninsula are exposed after drought reduced the level of Italy's Lake Garda to a 15-year low.

Italy's largest lake, a major tourist destination nestled among mountains in the north of the country, is suffering like many others from months without rain.

"We are currently at 30 centimetres (12 inches) above the (benchmark) hydrographic level," compared to an average for this time of year of between 80 and 100, said Gianluca Ginepro, head of Garda Unico, which promotes the lake.

It is the lowest since 2007, when levels dropped to 9.9 cm, according to official data. 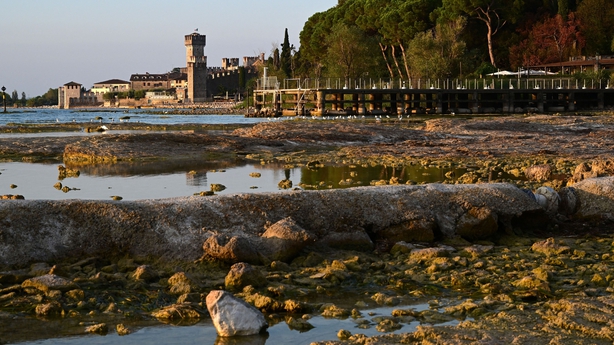 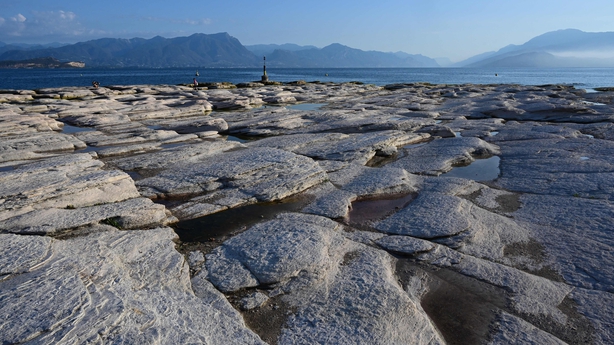 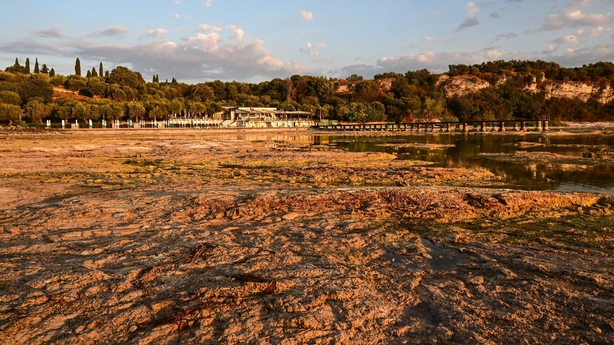 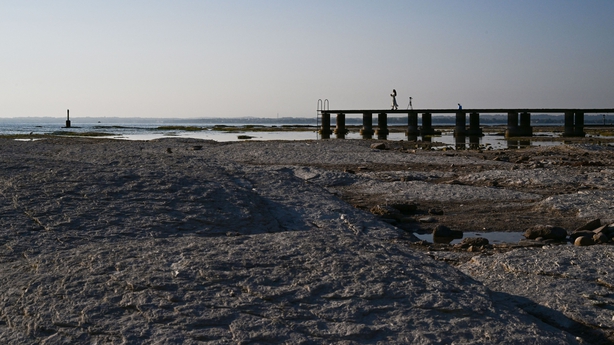 "It's a situation to keep an eye on, even if from the point of view of using the lake - like wind surfing, sailing - there is no problem," Mr Ginepro told AFP.

Tourism was holding up well, he said, although operators of trips across the lake had switched from hydrofoils to catamarans.

He also said that "the possibility of providing water for agriculture has dropped".

Farmers have also been hit by a lack of water in the River Po, which stretches across northern Italy and is suffering its worst drought for 70 years.

But the issue goes beyond Italy, with land across Europe parched by a lack of rainfall and sweltering temperatures, driven by climate change.

Several other European countries, as well as reporting record temperatures during recent heatwaves, have also reported low levels of water in rivers.