Rescuers hope to enter a flooded coal mine in northern Mexico soon to search for 10 workers who have been trapped for a week, authorities said today.

"We are very close to being able to enter," civil defence national coordinator Laura Velazquez said.

"All rescuers have the necessary equipment to be able to enter at any time, hopefully today," she told reporters in Mexico City by video link.

Hundreds of soldiers and other rescuers using 25 pumps and two underwater drones are taking part in the operation in Agujita in the northern state of Coahuila.

The focus so far has been on pumping out water from the 60-metre deep, crudely constructed mine.

The water in the shafts has fallen significantly, from more than 30 metres initially, but needs to be reduced by several more meters before it is safe to enter, Ms Velazquez said. 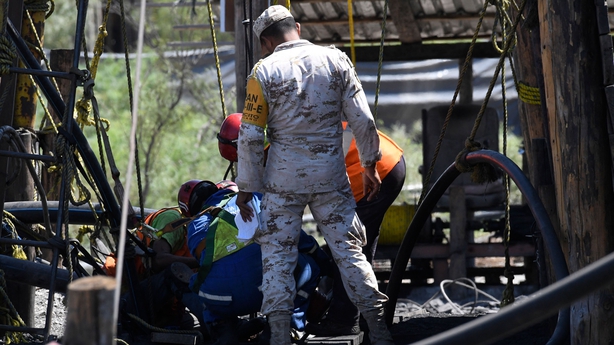 News that rescuers were preparing to go inside the mine was met with a cautious welcome by anxious relatives.

"Let's hope that now it's true. Every day they say the same thing," said Juan Orlando Mireles, whose father is among the missing.

According to authorities, the miners were carrying out excavation work when they hit an adjoining mine full of water.

Five workers managed to escape in the initial aftermath of the accident on 3 August, but there has been no contact with the others.

Coahuila, Mexico's main coal-producing region, has seen a series of fatal mining incidents over the years.

The worst accident was an explosion that claimed 65 lives at the Pasta de Conchos mine in 2006.

Last year, seven miners died when they were trapped in the region.