China's military has vowed to launch "targeted military actions" in response to US House Speaker Nancy Pelosi's visit to Taiwan, as tension flares between Washington and Beijing.

Speaker Pelosi has arrived in Taiwan on a US military aircraft into Taipei's Songshan Airport, and was greeted by Taiwan's foreign minister Joseph Wu.

In a statement, PLA spokesman Wu Qian said: "The Chinese People's Liberation Army is on high alert and will launch a series of targeted military operations to counter this, resolutely defend national sovereignty and territorial integrity, and resolutely thwart external interference and 'Taiwan independence' separatist attempts."

Ms Pelosi is second in line to the US Presidency, behind Vice President Kamala Harris, and a member of the Democrats, which is seen as complicating matters for the Chinese.

The US does not recognise Taiwan diplomatically, but has supplied it with weapons to defend itself.

China views Taiwan as part of its territory and President Xi Jinping would like the countries to be reunified.

However, Taiwan has been self-governed since the late 1940s and considers itself sovereign and independent.

US House Speaker Nancy Pelosi has arrived in Taiwan on a US military aircraft and was greeted by Taiwan's foreign minister Joseph Wu. China's military has vowed to launch "targeted military actions" in response to her visit | Read more: https://t.co/YXT4Zkkt6u pic.twitter.com/W3dFMtQUdw

In a series of tweets sent after she landed, Ms Pelosi said the visit honours "America's unwavering commitment to supporting Taiwan’s vibrant democracy".

She added: "Our discussions with Taiwan leadership reaffirm our support for our partner & promote our shared interests, including advancing a free & open Indo-Pacific region.

"America's solidarity with the 23 million people of Taiwan is more important today than ever, as the world faces a choice between autocracy and democracy."

"The United States ... constantly distorts, obscures and hollows out the 'One China' principle," the foreign ministry said in a statement.

"These moves, like playing with fire, are extremely dangerous. Those who play with fire will perish by it."

Our discussions with Taiwan leadership reaffirm our support for our partner & promote our shared interests, including advancing a free & open Indo-Pacific region.

China had warned last month that the US would "pay the price" if Ms Pelosi visited Taiwan during her trip to Asia, which saw her visit Malaysia earlier today.

"The US side will bear the responsibility and pay the price for undermining China's sovereign security interests," foreign ministry spokeswoman Hua Chunying said at a regular press briefing in Beijing.

Chinese foreign minister Wang Yi said "the US breach of faith on the Taiwan issue is despicable" in comments published on his ministry website, that did not specifically mention Ms Pelosi.

In a call with US President Joe Biden last week, Chinese President Xi Jinping warned the US against "playing with fire" on Taiwan.

Since last week, China's People's Liberation Army has conducted various exercises, including live fire drills, in the South China Sea, Yellow Sea and Bohai Sea, in a show of Chinese military might.

While the Biden administration is understood to be opposed to a Taiwan visit, White House National Security Council spokesperson John Kirby said Ms Pelosi was entitled to go where she pleased.

"There is no reason for Beijing to turn a potential visit consistent with longstanding US policies into some sort of crisis," he told reporters.

He said Ms Pelosi was travelling on a military aircraft and that while Washington did not fear a direct attack, it "raises the stakes of a miscalculation".

He reiterated that US policy was unchanged toward Taiwan, meaning it fully supports the self-ruling government, while diplomatically recognising Beijing over Taipei and opposing a formal independence declaration by Taiwan or a forceful takeover by China.

Meanwhile, Russia said it was "absolutely in solidarity with China", calling the prospect of a visit by Ms Pelosi as "pure provocation".

"The Chinese side has the right to take necessary measures to protect its sovereignty and territorial integrity over the Taiwan issue," the Russian foreign ministry said.

China has refused to condemn Russia's invasion of Ukraine and has been accused of providing diplomatic cover for the Kremlin by blasting Western sanctions and arms sales to Kyiv. 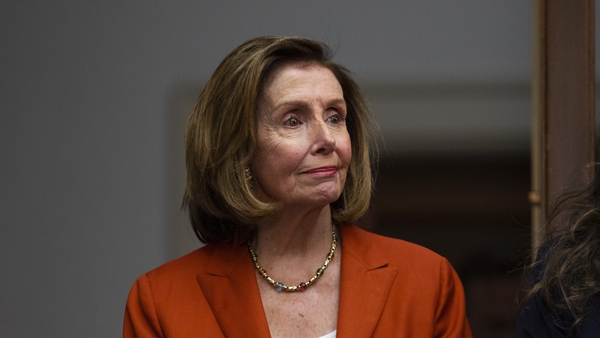