Thousands of supporters of Shi'ite populist cleric Moqtada al-Sadr have stormed Baghdad's fortified government zone and broke into parliament for the second time in a week, leaving at least 125 people injured and escalating a political stand-off.

Protesters rallied by Sadr and his Sadrist Movement tore down concrete barriers and entered the Green Zone, which houses government departments and foreign missions, before breaking into parliament.

"We are calling for a government free from corruption ... and those are the demands of the people," one protester, Abu Foad, said among crowds of protesters carrying placards with Mr Sadr's photograph and national flags.

The scenes followed similar protests on Wednesday, although this time at least 125 people - including demonstrators and police - were wounded, according to a health ministry statement. 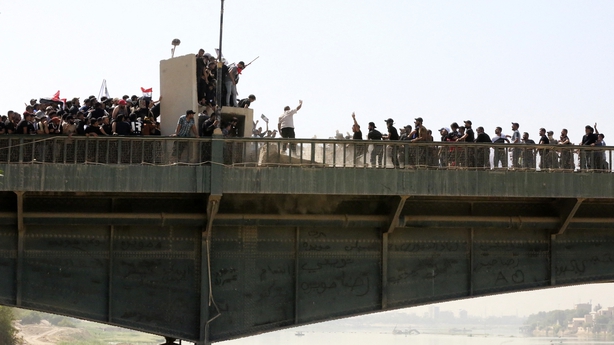 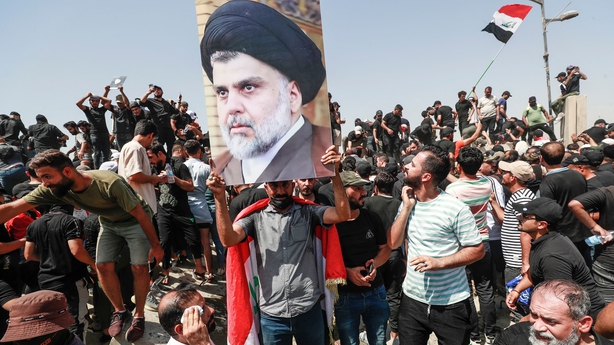 "We Iraqis have endured injustices because of those corrupt people," said another protester Alaa Hussain, aged 49.

"I have two unemployed children who graduated from university and I am unemployed. There are no jobs and that is all because of corruption."

Mr Sadr's party came first in an October election but he withdrew his 74 lawmakers from parliament after failing to form a government which excluded his Shi'ite rivals, most of whom who are backed by Iran and have heavily-armed paramilitary wings.

His withdrawal ceded dozens of seats to the Coalition Framework, an alliance of Shi'ite parties backed by Iran.

Mr Sadr has since made good on threats to stir up popular unrest if parliament tries to approve a government he does not like, saying it must be free of foreign influence and the corruption that has plagued Iraq for decades.

Mr Sadr's supporters chanted against his rivals who are now trying to form a government. Many protested in front of the country's Supreme Court, which Mr Sadr has accused of meddling to prevent him forming a government.

In response, the Coalition Framework called on Iraqis to protest peacefully "in defence of the state, its legitimacy and its institutions," a statement read, raising fears of further clashes.

The United Nations called for a de-escalation. "Voices of reason and wisdom are critical to prevent further violence," said its mission in Iraq.

Iraq has been without a president and prime minister for about 10 months because of the deadlock.

Mr Sadr, whom opponents also accuse of corruption, maintains large state power himself because his movement remains involved in running the country. His loyalists sit in powerful positions throughout Iraqi ministries and state bodies.

Iraqis linked neither to Mr Sadr nor to his opponents say they are caught in the middle of the political gridlock.

While Baghdad earns record income from its vast oil wealth, the country has no budget, frequent power and water cuts, poor education and healthcare, and insufficient job opportunities for the young.