Britain's finance and health ministers resigned on Tuesday in what could spell the end for Prime Minister Boris Johnson's premiership after he had tried to apologise for the latest scandal to blight his administration.

Below are letters sent from Sajid Javid and Rishi Sunak.

Following is the full text of British Health Secretary Sajid Javid's resignation letter, which was addressed to Prime Minister Boris Johnson and posted on Twitter. 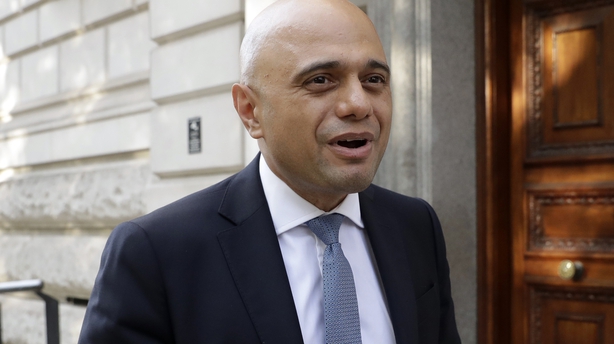 It was a privilege to have been asked to come back into Government to serve as Secretary of State for Health and Social Care at such a critical time for our country. I have given every ounce of energy to this task, and am incredibly proud of what we have achieved.

The UK has led the world in learning to live with Covid. Thanks to the amazing rollout of our booster programme, investment in treatments and innovations in the way we deliver healthcare, the British people have enjoyed months more freedom than other comparable countries.

We have also made important strides in the recovery and reform of NHS and adult social care. The longest waits are down by 70 per cent and, as you know, I have been working hard on wider modernisation of the NHS.

I have also developed radical new approaches to dementia, cancer and mental health and prepared the Health Disparities White Paper, which will set out plans to level up health outcomes for communities that have been left behind for too long.

Given the unprecedented scale of the challenges in health and social care, it has been my instinct to continue focusing on this important work.

So it is with enormous regret that I must tell you that I can no longer, in good conscience, continue serving in this Government. I am instinctively a team player, but the British people also rightly expect integrity from their Government.

The tone you set as a leader, and the values you represent, reflect on your colleagues, your party and ultimately the country. Conservatives at their best are seen as hard-headed decision-makers, guided by strong values.

We may not have always been popular, but we have been competent in acting in the national interest. Sadly, in the current circumstances, the public are concluding that we are now neither.

The vote of confidence last month showed that a large number of our colleagues agree. It was a moment for humility, grip and new direction. I regret to say, however, that it is clear to me that this situation will not change under your leadership – and you have therefore lost my confidence too.

It is three years since you entered Downing Street. You will forever be credited with seeing off the threat of Corbynism and breaking the deadlock on Brexit.

You have shone a very welcome light on the regional disparities in our country, an agenda that will continue to define our politics.

These are commendable legacies in unprecedented times. But the country needs a strong and principled Conservative Party, and the party is bigger than any one individual. I served you loyally and as a friend, but we all serve the country first. When made to choose between those loyalties there can only be one answer.

Finally, I would like to put on record my thanks to ministerial and departmental colleagues, my admiration for NHS and social care staff, and my love for my family who have been immensely patient in these challenging times.

Following is the full text of British finance minister Rishi Sunak's resignation letter, which was addressed to Prime Minister Boris Johnson and posted on Twitter. 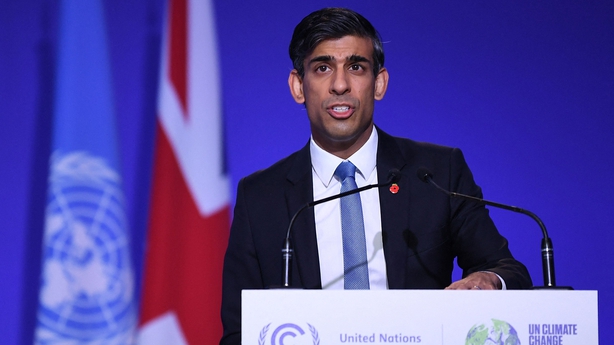 It is with deep sadness that I am writing to you to resign from the Government.

It has been an enormous privilege to serve our country as Chancellor of the Exchequer and I will always be proud of how during the pandemic we protected people's jobs and businesses through actions such as furlough.

To leave ministerial office is a serious matter at any time. For me to step down as Chancellor while the world is suffering the economic consequences of the pandemic, the war in Ukraine and other serious challenges is a decision that I have not taken lightly.

However, the public rightly expect government to be conducted properly, competently and seriously. I recognise this may be my last ministerial job, but I believe these standards are worth fighting for and that is why I am resigning.

I have been loyal to you. I backed you to become Leader of our Party and encouraged others to do so. I have served as your Chancellor with gratitude that you entrusted me with stewardship of the nation's economy and finances.

Above all, I have respected the powerful mandate given to you by the British people in 2019 and how under your leadership we broke the Brexit deadlock.

That is why I have always tried to compromise in order to deliver the things you want to achieve. On those occasions where I disagreed with you privately, I have supported you publicly. That is the nature of the collective government which our system relies and it is particularly important that the Prime Minister and Chancellor remain united in hard times such as those we are experiencing today.

Our country is facing immense challenges. We both want a low-tax, high-growth economy, and world class public services, but this can only be responsibly delivered if we are prepared to work hard, make sacrifices and take difficult decisions.

I firmly believe the public are ready to hear that truth. Our people know that if something is too good to be true then it's not true. They need to know that whilst there is a path to a better future, it is not an easy one. In preparation for our proposed joint speech on the economy next week, it has become clear to me that our approaches are fundamentally too different.

I am sad to be leaving Government but I have reluctantly come to the conclusion that we cannot continue like this.